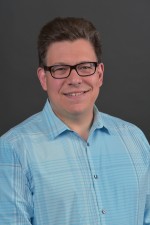 Dr. Christopher Nagle is an associate professor of English at Western Michigan University.

Nagle is the author of Sexuality and the Culture of Sensibility in the British Romantic Era (Palgrave Macmillan, 2007), and his essays and reviews have appeared in the Blackwell Encyclopedia of Romanticism, English Literary History, The Wordsworth Circle, Persuasions: The Jane Austen Journal, ABO: Aphra Behn Online, Digital Defoe, Comparative Drama, The Journal of Popular Culture, and numerous essay collections. His electronic projects include editions of two volumes by 18th-century women poets and a grant-sponsored electronic media resource project for teaching Sydney Owenson's The Wild Irish Girl. He has presented his work at over 50 conferences and has been an invited speaker both in the U.S. and abroad.

Nagle has received a Presidential Innovation Fund Grant (shared with WMU colleagues), a Women’s Caucus Professional Development Grant, and additional funding awards from the Haenicke Institute International Education Faculty Development Fund and from the College of Arts and Sciences (four times). His external awards include fellowships from the American Society for Eighteenth-Century Studies and the National Endowment for the Humanities, and he has been a Visiting Fellow at the University of Notre Dame and the University of California, Berkeley.

His current book projects explore the literary and cultural representation of polyamory in the Long Eighteenth Century and the cinematic adaptation and appropriation of Jane Austen and her work.  He also is working on essays exploring Mansfield Park’s perversity, queer affect in Jeremy Bentham, and transgothic temporality in nineteenth-century fiction.