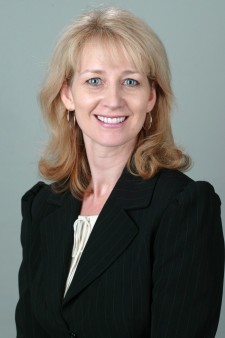 Department of Occupational Therapy Professor Diane Dirette is recognized nationally and internationally for her scholarship in the area of brain injury and rehabilitation, as well as for her highly regarded work as editor in chief for the "Open Journal of Occupational Therapy." Evidence of her contributions in both of these areas is solid and exceptional.

Self-Awareness Enhancement through Learning and Function, an occupational therapy practice frame of reference she developed, focuses on the development of self-awareness among persons with brain injury and has been disseminated widely throughout the state, nation and internationally. Grounded in theory and applied research, Dirette has had numerous publications accepted in refereed journals, including the "American Journal of Occupational Therapy," the "British Journal of Occupational Therapy," "Brain Injury," "Journal of Head Trauma Rehabilitation" and "NeuroRehabilitation." She has also presented her research at a number of juried professional conferences.

As chief editor for the "Open Journal of Occupational Therapy," the only open source journal of occupational therapy in the world, Dirette has been instrumental in creating a scholarly yet transformative publication focused on evidence based clinical applications. As of October 2014, the journal had a total 37,103 downloads among subscribers in 103 countries. She has also served as co-editor, with Dr. Ben Atchison, for the third and fourth editions of "Conditions in Occupational Therapy;" work on the fifth edition is scheduled to begin in 2015.

Among the many occupational therapists who know her, Dirette is unquestionably regarded as an exemplary professional and scholar, and she is highly valued for her contributions to the OT department, the college and the University.