What's new with you?

How are you doing? Where are you now? How did a degree from the Department of Physics at Western Michigan University help you?

We would love to know!

Dr. Elias Garratt (Ph.D. ’13) is a Diamond Crystal Growth Scientist in General Technical Services/Army Research Laboratory in Adelphi, Maryland. Since his graduation, he has led a successful career in experimental condensed matter physics. His career highlights include competitive fellowships (totaling over $250,000), internal and external funding (over $1 million), publications and student mentorship. In 2012, as part of the National Science Foundation Fellowship, he studied the effects of ion implantation in nanocrystalline diamonds. From 2014 to 2017, he participated in the National Research Council Research Associateship Program as a postdoctoral research fellow studying scalable and controllable nanowire synthesis techniques through the National Institute of Standards and Technology. From 2019 to 2021, he was awarded the Air Force Research Lab Summer Faculty Fellow each year to investigate the applications of diamond color centers in quantum technology.

His work in diamond research as an Assistant Professor at Michigan State University was funded by the National Science Foundation, Air Force Research Lab, Department of Energy and Michigan State University Foundation. He has authored or co-authored over 20 publications in the areas of diamond material research and nanotechnology in top-tier journals, such as Advanced Materials Interfaces. In addition to these many accomplishments, Dr. Garratt is most proud of his student mentorship of four Ph.D. students and six undergraduates in Materials Science and Physics. His students have won competitive fellowships, presented at professional conferences and gone on to work in top diamond-growing companies.

Having developed a successful research program and lab, he was recruited by the Army Research Laboratory to expand their diamond synthesis lab, where he supports cutting-edge device research in the field of radio-frequency communication. He volunteers his time with the Materials Research Society Government Affairs Committee to advocate for continued and expanded funding for materials research in the US. In his free time, he volunteers at the local food bank in College Park, Maryland, where he currently resides.

Past award winners in physics 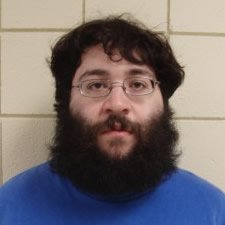 Shortly after graduating with a B.S. in physics from WMU, Gamez won a highly competitive and prestigious National Science Foundation Graduate Research Fellowship, which covers three years of graduate school tuition and provides a generous stipend.

Now pursuing his doctoral degree in theoretical particle and astrophysics at the University of Michigan, Gamez is especially interested in studying the mysteries of dark matter. Dark matter accounts for five times as much mass in the universe as ordinary matter, but has thus far evaded efforts to detect it directly. 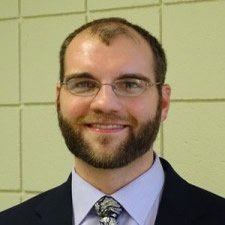 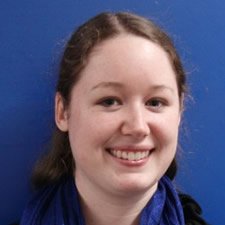 After earning her B.S. in physics from WMU, Hulbert went on to graduate study in biophysics at The Ohio State University. During her first semester there, she published a paper with her advisor on diagnosing Alzheimer’s disease using new EEG and imaging analysis methodologies.

Hulbert’s research uses concepts from physics, such as chaos theory, to analyze complex brain signals. She hopes her work will improve the diagnosis and treatment of brain system diseases. 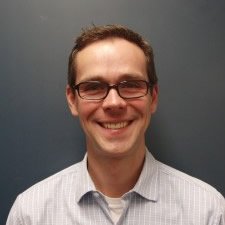 Since earning his B.S. in physics and applied mathematics from WMU and his Ph.D. in physics at Harvard University, Humphrey has applied his training in unconventional ways, such as working as a Peace Corps volunteer and as a computer programmer with the Centers for Disease Control in Mali.

Humphrey then turned his attention to preventing the spread of nuclear weapons, working at the National Academy of Sciences, the U.S. State Department, the U.S. Department of Energy and most recently at the International Atomic Energy Agency.