Purpose
One of the goals of the Office of Research and Innovation  is to assist and support principal investigators in the process of proposal preparation and submission. PIs spend a great deal of effort preparing grant proposals. However, when the proposal is submitted to ORI late or at the last minute, there is a greater risk for submission failure. This failure can arise from various sources including errors in forms and documents, system issues, weather-related delays, etc., and typically cannot be corrected in time. As a result, many funding agencies return the grant without review, or in some cases the grants are rejected. Consequently, it is important to allow ORI sufficient time to review documents for compliance prior to submission. In addition, late submissions may require ORI staff to delay processing of other proposals that were received on-time. This policy will help ensure timely review and enhance levels of correct proposals while providing equitable processing times. The result will be improved quality of the submitted proposal and an increase in the success rate of applications.

In the case of large or complex proposals or for deadlines that a large number of PIs are submitting to, ORI, in consultation with the PI and the affiliated unit, may establish additional/different deadlines. 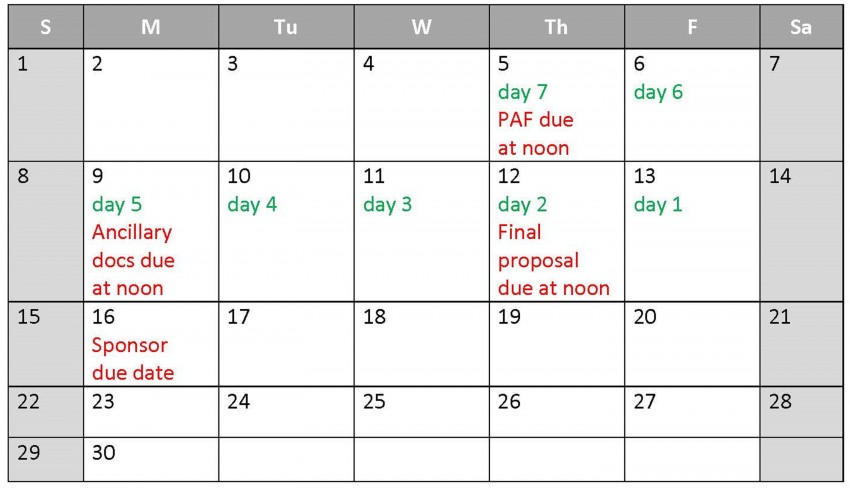 Definitions
Administrative items/ancillary documents - the “non-science/non-technical” components of the proposal and may include, but are not limited to, the items listed below. It is important that the principal investigator(s) work with their research program officers to ensure all documents are complete.

Sponsor - the entity to which WMU is submitting their documents. In the case where WMU will be a sub-award, the lead institution is considered to be WMU’s sponsor.