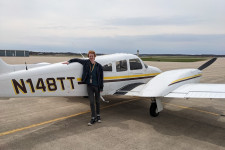 Growing up northwest of Boston near the New Hampshire border, for Patrick Lambour the worlds of airplanes and airports were always music to his ears. Today, as a senior majoring in aviation flight science at the Western Michigan University College of Aviation, they still are.  But airports and airplanes have been joined by . . . music.  Lambour graduated from Chelmsford High School in the spring of 2018.  The community of Chelmsford is "a 35-minute drive from Boston," depending on the traffic.  And there always seems to be traffic, enough that an air-traffic controller might be warranted. 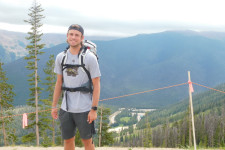 He has a warm spot in his pilot's log for "Warbirds" -- Spitfires, Mustangs, Zeros, Hellcats, Thunderbolts, P-40 Flying Tigers, Messerschmitts -- whose aerial dogfights in World War II were its version of medieval jousts with fatal consequences. He is a card-carrying member of the Lawson Lunatics, the dependable and fanatical band of Western students who literally raise the arena's roof in support of the Bronco hockey team. He is Scott Fish, a senior with a dual major in aviation flight science and aviation management and operations at Western Michigan University. 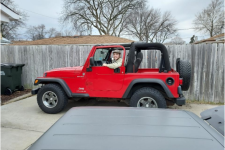 Doogan hails from the Illinois village of Roselle, a suburb west of "The Windy City."  Part of the progress toward his graduation from high school in 2020 was some "ground school" training, so to speak in regard to modes of transportation.  Blessed with a mechanical mindset and a love of tinkering, Doogan, when it came to careers, began looking "up" for possibilities -- instead of horizontally along the ground.  He credits that to watching the "Indiana Jones" capers and the unrealistic "reality" TV show "Airplane Repo," which had its run from 2010 to 2015 and the premise of which is having repossession agents hired by financial institutions recover aircraft from deadbeat owners. 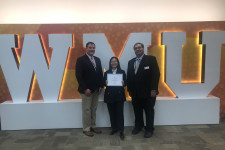 Yewon Lee has been recognized as the 2022 WMU Presidential Scholar representing the College of Aviation. On April 8th, 2022, she was one of just 50 scholars who were chosen from a class of over 5,000 seniors to receive the Presidential Scholar designation. This is the highest academic honor that WMU can bestow upon its undergraduates. 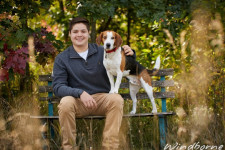 Keaton Jeffrey is among the very few WMU College of Aviation students who not only fixes airplanes, he jumps out of them.  Or at least he soon will be. The sophomore majoring in aviation technical operations joined the WMU Skydive Broncos shortly after arriving on campus.  "I wanted to get out of my comfort zone," Jeffrey says, "and jumping out of planes was the best way for me to do that." 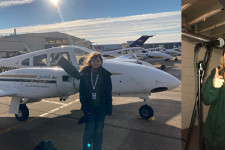 From disc jockey to throttle jockey to -- maybe -- desk jockey to stunt jockey.  Welcome to the career path of one Helen Hoffman. Now in her senior year at the Western Michigan University College of Aviation, Hoffman is pursuing a double major in aviation flight science and aviation management and operations -- with a minor in general business spliced into her academics. 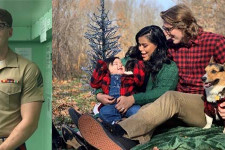 College of Aviation students who share class time with Charles Helmer receive a bonus in their instructional knowledge and perspectives. So do the folks in the front of the classroom or lab. Helmer, a senior majoring in aviation technical operations, is able to offer what he learned about the profession during his five-year stint in the Marine Corps and what he is currently being exposed to on the payroll of nearby Duncan Aviation. 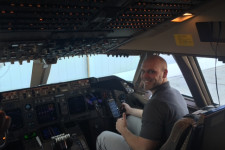 Even though he started in the welding trade, Nate Lisak has forged himself a productive and rewarding career as a "Tech-Ops" instructor for the WMU (Western Michigan University) College of Aviation.  Almost since he received his degree in aviation technology operations in the spring of 2017, Lisak has learned that it's easy to teach such courses as reciprocating aircraft systems and avionics because he's been a "Tech-Op' himself. 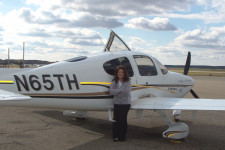 When it comes to the nuts and bolts of how the WMU College of Aviation works, the head wrench is Tracey Kauppila. She has been part of the Western Michigan University community since September of 1995 when she began a five-year stint in the institution's Department of Human Resources as a compensation coordinator. That lead to three years as an executive assistant in the Office of the Provost and Vice president for Academic Affairs. She's held the same position in the aviation program since 2004. Prior to Western, her resume includes positions in the University of Michigan's law library and in the Department of Anesthesiology at the University's medical center. 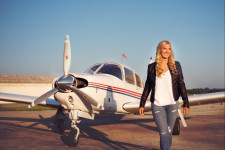 Many are the reasons for why prospective students choose the Western Michigan University College of Aviation, and then double-down reflecting on the wisdom of that decision. Olivia Arnold, a sophomore who hails from the northwest Indiana, less-than-2,000-person hamlet of Wheatfield, possesses many of those reasons, plus this unique reaffirmation:  her affinity for the wild blue yonder has been accentuated by greens -- golfing greens to be exact. Why is this so for the double major in aviation flight science and aviation management and operations?  Click through for the story!