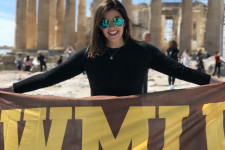 Fraternities and sororities often feature "legacy" pledges -- meaning if Dad was a Sigma Sigma or Mom was a Nu Nu, so is an offspring almost automatically.  While it was never "automatic," Brooke Semler puts the concept of legacy membership to shame.  The College of Aviation junior is a fourth-generation Western Michigan University Bronco.  Her parents hang Western diplomas on their wall.  So do a set of grandparents.  And even "Great Grandma." 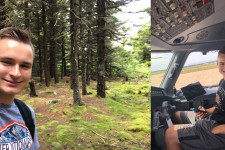 Vladislav Robinson wasn't born to fly, but it wasn't a heck of a long time after his birth that he did a lot of flying. At the age of 17 months, "Vlad" made his first flight, departing his birth country of Ukraine. His maiden aviation journey required four flights for the future Bronco to reach his adoptive parents in Port Orange, Fla, the placed he called home until 5th grade when he moved to Steeler Country: Pittsburgh Pa.  While this initial flight may have introduced him to higher atmospheric elevations, his true affinity for aviation was nurtured as he grew because his father was a pilot in the U. S. Air Force. 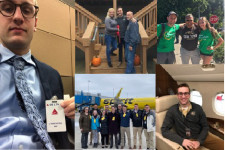 If you think the epitome of college life is shuttering in your dorm playing video games, you don't want Braden "Brady" Wilson as a "roomie."  A WMU College of Aviation junior, this "Brady" has bunched together a number of activities, all designed to maximize the enjoyment of this phase of his existence while navigating a course aimed at career success once the higher-education chapter of life ebbs into personal history.

The work-experience section of Lisa Whittaker's resume would choke a paper shredder. Which is why, as a member of the WMU College of Aviation's faculty since 2000, she has taught these courses: aviation safety (her personal favorite), airport administration and finance, introduction to aviation, aerodynamics, introduction to airports, airline flight operations, and airline administration.  Her research topics include women’s studies, STEM, maintenance engineering and safety management systems. 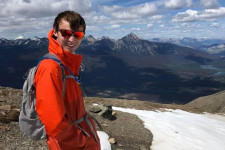 Aviation is embedded in Jordan Unter's genes. Now a senior majoring in aviation management and operations at the Western Michigan University College of Aviation, Unter grew up in Fort Collins, Colo., listening to his great-grandfather spin yarns about World War II. 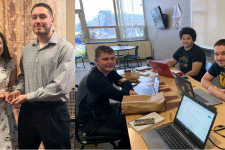 As a senior majoring in aviation management and operations at Western Michigan University, Cody Miller-Holcomb says he "loves researching and observing aircraft. I could sit at an airport lookout all day and watch the aircraft take off. I can name them all." Cody didn't have to travel very far to reach his destination in higher education. Home for him is Wyoming, Mich., a suburb community to Grand Rapids about 45 miles north of Western's home campus in Kalamazoo. It didn't take long for Cody to figure out that the college and WMU's Kalamazoo campus was indeed a special place to chart a dream-come-true pathway. 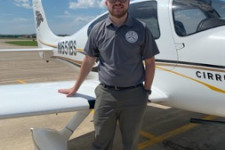 Matthew Wietstock is not your typical pilot. His approach to higher education, which initially featured a music-composition major at Western Michigan University, is a bit backward. Double majors in the College of Aviation are not that unusual, but Wietstock's prime path leads to a degree in aviation management and operations and then one in aviation flight science. Peers normally reverse that plan. 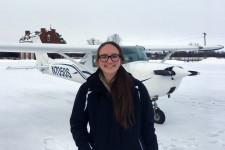 "My family is full of pilots," says the aviation flight science major. "I was always at the airport as a kid. I have been around airplanes my entire life and soloed on my 16th birthday." Hailing from Midland, where Michigan's fabled "thumb" attaches to the rest of the mitten, her choice of WMU as her future in higher education was predictable. "My grandparents went to Western and my cousin -- Jeremy Hierholzer -- is on the aviation faculty," she says. 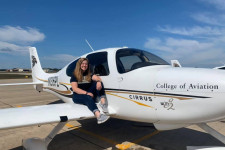 Emma Hughes, who grew up in Kiel, Wis., about an hour north of Milwaukee, definitely flies in the shadows of Earhart and the rest these days.  She represents Western and its aviation program in the Air Race Classic, the annual 2,400-mile transcontinental event for female pilots who range in age from 17 to 90 and come from the ranks of students, teachers, doctors, airline pilots and business owners.  Established in 1929 and attracting Cochran, Coleman and their peers, it was once known as the Powder Puff Derby. 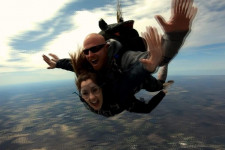 Teagan Arndt not only fixes airplanes, she jumps out of them. A junior in the Western Michigan University College of Aviation majoring in aviation technical operations, she is involved with Skydive Broncos, the university's sky-diving team. One could say that she is aviation-ready from the ground floor up.