"When I enrolled at the Western Michigan University College of Aviation," he says about what amounts to an unusual switcheroo, "I majored in flight science. But when I decided it was not the lifestyle I wanted, I changed to the program in aviation technical operations. I have felt at home ever since. All of the programs offered here are amazing," says Freeland, who is a WMU junior enrolled in his second year of aviation-maintenance courses. "I just happened to find my calling a little later. I am more than happy with the fact that I decided to make the call that I did because I truly ended up where I felt I was meant to be." 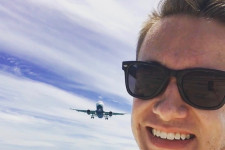 Sam Stallman will have two of the three career bases covered when his days at the WMU College of Aviation are behind him. Western's aviation program became more than a blip on Stallman's radar "because of the warmth and welcoming nature I experienced when visiting the campus. I considered similar universities," he says, "but Western was the one that really felt like home. The college's program really impressed me and made the most sense." 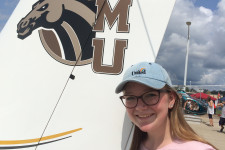 Miranda Goodison is a living, breathing example that those field trips in eighth grade to check out potential careers really work. Now nearing sophomore status in the Western Michigan University College of Aviation, she has wanted to become a pilot since she turned 11. That horizon came into focus when, as a Girl Scout, she visited the college's main headquarters at W. K. Kellogg Airport (now Battle Creek Executive Airport at Kellogg Field) in the famed Cereal City just east of Kalamazoo. 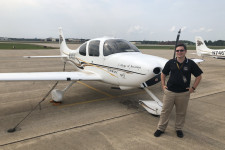 College of Aviation students always have amazing reasons for choosing their career path, but Jason Fink's might rate as No. 1. The Houston senior caught the aviation bug from the stories his grandfather told when he was a U.S. Navy radio operator on flights hunting for enemy submarines during the Cold War. That also prompted the major in aviation flight science in his pre-Western days to pursue a private-pilot certificate back in his home state of Texas. 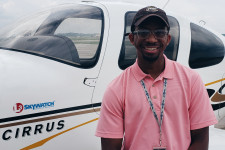 Richardson, a senior at Western majoring in aviation flight science, says he got the flying bug from the birds, but it didn't become something of a personal pandemic until his last year in high school. And it took a bit of soul-searching. "I asked myself about all the things that interested me," he recalls. "There was a tie among music education, culinary arts, photography and aviation. As a kid, I was always fascinated with flying. Driving around with my parents, I would always tend to watch the skies." 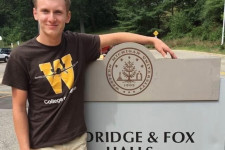 Hailing from the area around the Capitol City of Lansing, Lantz says he had "a life-long interest in aviation, but I never thought I would make it a career until I learned about Western's aviation school." Now in his senior year, he's majoring in aviation management and operations, complementing that with a minor in general business. "When I learned that Western had this specialized program, I knew it would be a good fit for me." 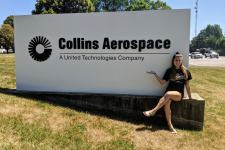 Shannon Carpenter is scheduled to graduate after the 2020 fall semester with a degree in aviation maintenance technology, she is the reigning chapter president of the Association of Women in Aviation Maintenance at the WMU College of Aviation. Carpenter, who hails from the Livingston County community of Howell northwest of Detroit, has her eyes set on future employment in corporate aviation and, further on down the line, a position with the National Transportation Safety Board. 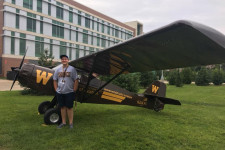 "I decided to attend WMU because the College of Aviation offers one of the best programs in the country that includes an emphasis on aviation management and operations," Pruitt says. "My instructors have years and years of experience in this field, and that is incredibly valuable." 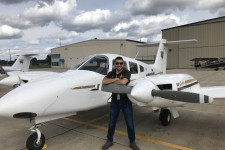 Trevor is from Westphalia, MI, a small town near Lansing. He began at the College of Aviation in the Summer of 2017 and is now a senior preparing to graduate in December! Trevor is double majoring in Aviation Flight Science and Aviation Management and Operations. He is also obtaining a General Business minor and is thinking about getting either an MBA or a master’s degree in human factors. 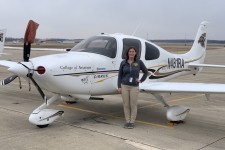