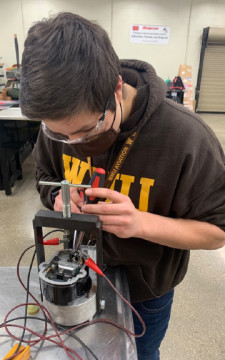 Keaton Jeffrey is among the very few WMU College of Aviation students who not only fixes airplanes, he jumps out of them.  Or at least he soon will be.  The sophomore majoring in aviation technical operations joined the WMU Skydive Broncos shortly after arriving on campus.  "I wanted to get out of my comfort zone," Jeffrey says, "and jumping out of planes was the best way for me to do that."

Request College of Aviation Information Spoiler alert: He has not done it yet because all three of his scheduled tandem jumps were canceled because of bad weather.  But stay tuned.  His "comfort zone" took shape in the Traverse City area.  Folks who look at a Michigan map recognize what is called "The Thumb."  Jeffrey's home area could be referred to as "The Little Finger."  He's a 2020 graduate of Leland High School located north of Traverse City at the tip of the Leelanau Peninsula in the northwestern part of the state. 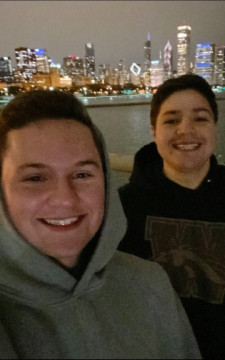 Growing up, Jeffrey said he became fascinated by the "unknown" reason why something heavier than air could rise off the ground.  Add to that was almost an addiction for "taking things apart and putting them back together again to better understand how things are built -- and work," he says.  All that was fun for him, especially when the "unknown" reasons became "known."  Seemingly pointed toward a career in aviation, Jeffrey initially considered Northwestern Michigan College in his home area, but the two-year school did not have a maintenance program.  Western Michigan University offered a three-pronged career approach at its College of Aviation. He took a look at aviation flight science, but decided to focus on the technical aspects because of his mechanical talents.  Those "talents" have been good enough to land an entry-level internship at RAI Jets, which is based at the Kalamazoo/Battle Creek International Airport.  The full-service family enterprise is now involved in aircraft management, service and maintenance.  RAI also charters turboprops, light, medium and heavy jets -- even helicopters.  The president is Becky Riley-Bakeman, who oversaw the transition from it being only a flight school to the 30-year-old business that it is today.  David Riley, the director of operations since 1990, majored in aviation management at Western.  Brian Riley, who flew helicopters for the U. S. Army, is RAI Jets' chief pilot/captain.  His daughter, Christina, grew up in the business, is a WMU alumna, and currently serves as director of sales and marketing. 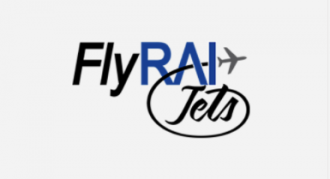 "It is truly a 'win-win' for RAI Jets and the WMU interns," Riley-Bakeman says.  "With charter sales at record highs and adding both aircraft and hangar space, we have an immediate need for apprentice line-service positions.  WMU interns -- including our latest Brandon Ngetich -- are helping RAI Jets reach its goals, while they get real-world experience in the industry they have been called to, and love.  We are so happy these internships with Western have become a reality."

Great place to learn the ropes, and Jeffrey understands that. He's being exposed to all aspects of private aviation and to the secrets of keeping an aircraft in service, including "cleaning, basic maintenance and repositioning."  Working on private jets, learning how to fuel aircraft, and "working with great people" are all part, he says, of experiencing "real-world" aviation and the amazing planes that are its keystones. 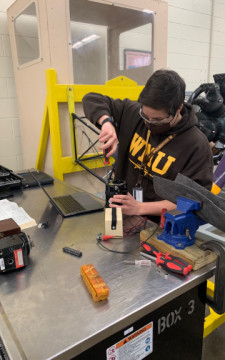 To take full advantage of the RAI Jets internship, Jeffrey has been able to bring into play some of his evolving and developing mechanical smarts, especially those nurtured in faculty specialist Nathan Lisak's course in reciprocating engine systems.  "In it I was able to interact with actual engines by servicing the fuel/ignition system," he says. At the top of his learning the "unknown" were the troubleshooting exercises with the college's Cessna 182 serving as the guinea pig.  The trouble symptoms were changes in the rpm (revolutions-per-minute) during engine idling.  Lisak engineered the fault and the students had to figure out the path to correct it.  Those who have taken a chemistry course in qualitative analysis know the routine -- the instructor hands out a test tube full of an unknown liquid compound or element and the task is to identify it. In effect, it's detective work. 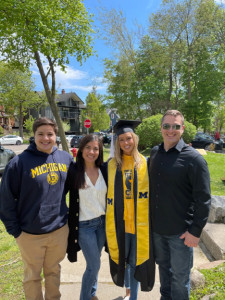 Jeffrey and his parents celebrating his sisters graduation in May, 2021

Jeffrey also enjoyed the course's ins-and-outs of magneto timing between the compression stroke and the power stroke -- in other words, making certain the spark plugs fire when they need to, Jeffrey explains.  He's removed, cleaned, gapped, rotated, installed and tested more than his share of spark plugs.  Jeffrey sees the RAI Jets internship and his "tech-ops" courses, which provide hands-on demonstrations of how things work, as placing him in sight of his goal -- becoming a certified A&P (airframe and powerplant) mechanic qualified to work on private jets in the personal side of aviation.  Probably because of where Jeffrey was raised, he is an avid snow skier and golfer.  Some of Michigan's best slopes and pristine courses are within driving distance of his home region.  Skydiving is now making it a triad of hobbies. 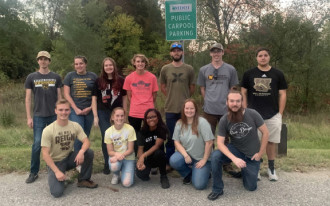 The WMU Skydive Broncos, one of 460 registered student organizations on campus, fosters the sport of amateur skydiving through affordable competition. Jeffrey supervises the team's chosen apparel.  Any member can offer a design and once that is chosen by the organization, Jeffrey takes it from there to production.  His first assignment -- the latest Skydive Bronco winter beanie.  Other than wearing neat gear, Skydive Broncos aficionados regard what they do as also a non-classroom, skill-building experience.  It's more than jumping out of a plane for an exhilarating float toward terra firma.  "I believe the Skydive Broncos is a unique organization," Jeffrey says, "because everyone is there to encourage you to take the next step -- whether that be jumping out of a plane, volunteering, fundraising, or life in general."