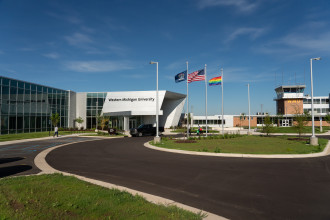 In 1997, the College of Aviation found its home. During the over 80 years of the aviation programs history, “home” floated from place to place. However, in 1997 that all changed when the aviation operations moved to the W.K. Kellogg airport in Battle Creek, Michigan. Not only did this move provide a permanent home for the expanding program, it also provided the foundation for the formal establishment of the College of Aviation and its ability to deliver comprehensive aviation programs in flight, maintenance and management.  In 2021, the College of Aviation continued solidifying its commitment to the Battle Creek Executive Airport at Kellogg Field (as it is now known) with the completion of the renovated and expanded Aviation Education Center. 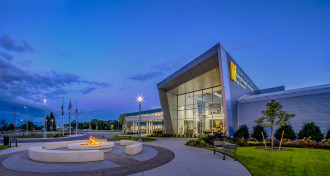 Located on the east side of the Battle Creek Executive Airport, the College occupies over 135,000 square feet on 20 acres of the field. The Flight Operations Building is the former airport terminal and tower. Its space is now devoted to administrative offices, flight planning areas, and flight briefing/debriefing rooms. Immediately to the south of the Flight Operations Building is the Aviation Education Center. The renovated and expanded building features 11 classrooms, a student lounge over looking the flight line, the BTL Bistro, expanded flight simulator laboratory, a paint lab, Captain Dave's Aviation Emporium, 25 flight planning briefing rooms, the aviation advising department, faculty offices and many features highlighting the passion that is aviation, including the outside fire-pit! 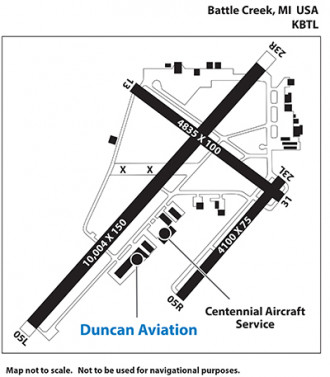 The airport is equipped with three runways and a state of the art air traffic control tower. The largest runway at the airport is over 10,000 feet long, making it the fourth longest runway in the state of Michigan.