Airplanes, Students, and Camaraderie: Tracey Kauppila Keeps Her Head in the Clouds and Eyes on the Prize 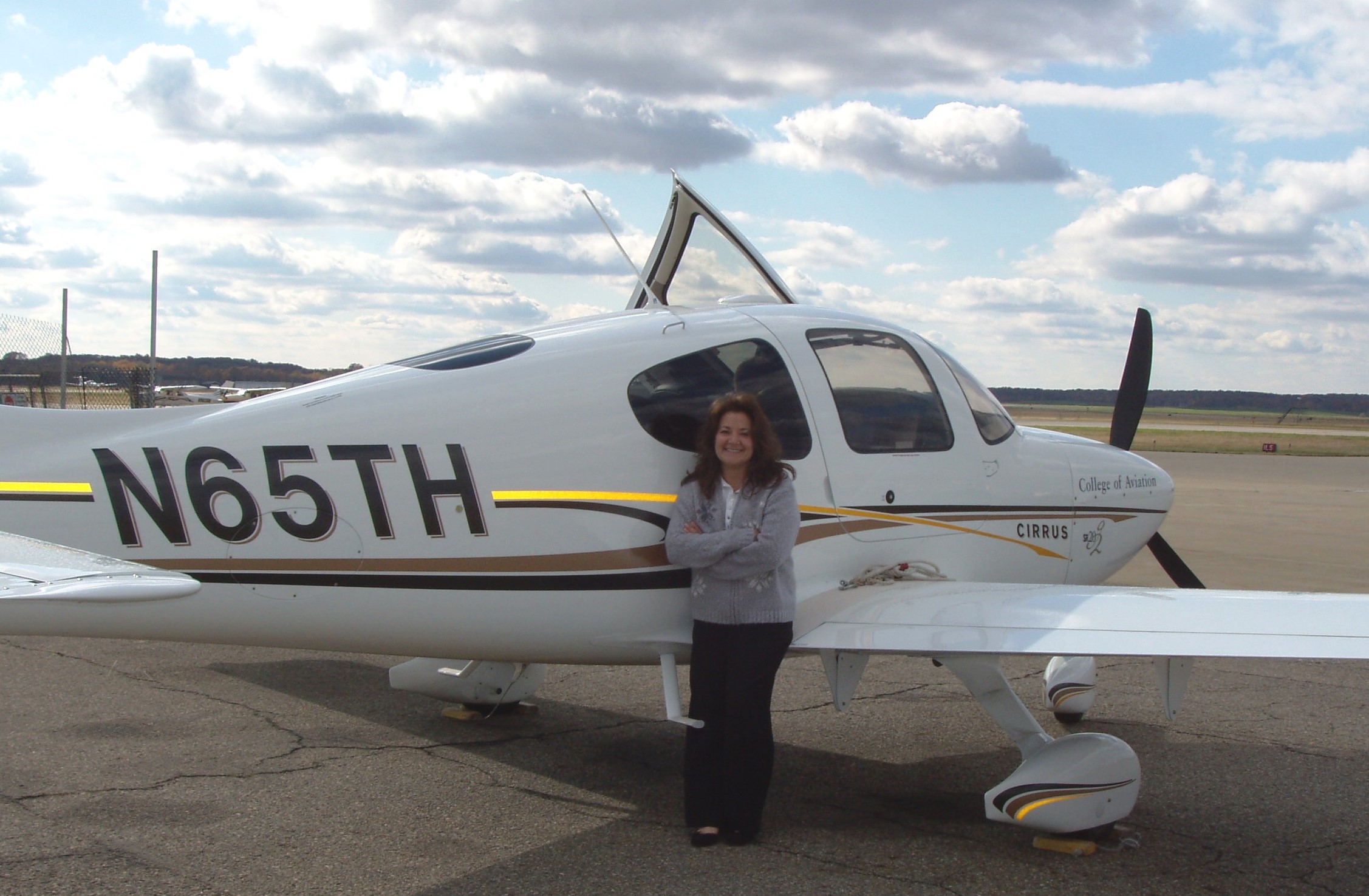 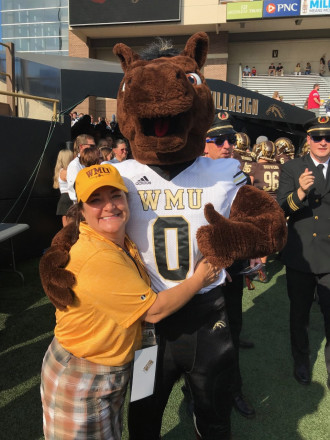 When it comes to the nuts and bolts of how the WMU College of Aviation works, the head wrench is Tracey Kauppila.

The fact that she is the executive assistant at the college represents something of a homecoming for her since she was born in Battle Creek but grew up in Plymouth in southeast Michigan about 25 miles west of Detroit.

Kauppila has been part of the Western Michigan University community since September of 1995 when she began a five-year stint in the institution's Department of Human Resources as a compensation coordinator.  That lead to three years as an executive assistant in the Office of the Provost and Vice president for Academic Affairs.  She's held the same position in the aviation program since 2004.  Prior to Western, her resume includes positions in the University of Michigan's law library and in the Department of Anesthesiology at the University's medical center.

Request WMU College of Aviation InformationFor the last 18 years, if there has been a project to manage, an assignment to get done, an activity to shepherd, or to serve as the efficient and effective "Woman Friday" to an aerial Robinson Crusoe -- in this case, recently retired Dean of the College of Aviation Dave Powell -- it's been her.  She's kept the College of Aviation on the right course and away from turbulence as much as possible.  Her affinity for the world of aviation found its roots in a trip to the legendary EAA (Experimental Aircraft Association) AirVenture in Oshkosh, Wis., the largest event of its kind in the world. 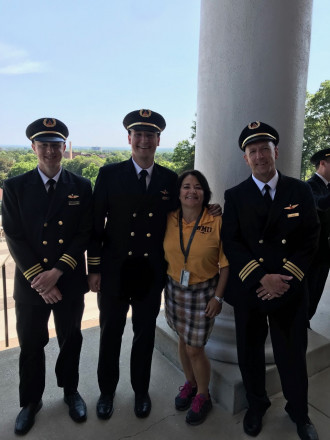 "The older military aircraft took my breath away," she says, specifically the Corsair, the gull-wing fighter from World War II and the Korean War that first took to the skies in 1940 and compiled an 11-to-1 kill ratio in its aerial dogfights.  Another hair-raiser was the Harrier Jump Jet, an attack aircraft that debuted in the late 1960s with the capability of vertical and short-range takeoffs and landings.  That experience, Kauppila says, "eventually grew into a love for all aircraft and the aviation industry as a whole."  Kauppila believes that her earlier years on the Western campus provided the necessary knowledge of experience when approaching her current duties over what is now nearing two decades of duration.  "My previous positions allowed me to obtain experience in human resources and at the executive level," she says, "and to become familiar with the policies and procedures of the institution.  They allowed me to prepare myself to grow and take on greater responsibilities."  With the "greater responsibilities" have come greater rewards, such as working with COA students, with the aviation-related Registered Student Organizations on campus, and with the program's community partners.  All of this came into play with Kauppila's roles in the groundbreaking, opening and dedication (in September of 2021) of the college's Aviation Education Center.  That's at the top of her list of milestones and memories, followed in no particular popularity order by:

All of these directly connect back to her commitment to bringing out the best in the students who enroll in the aviation program. 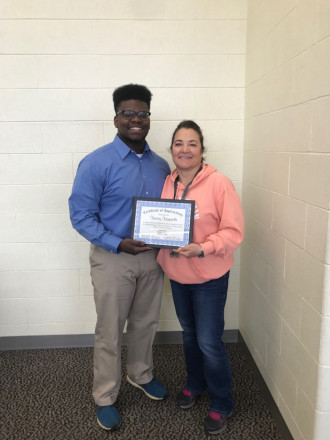 "Prior to our fantastic outreach efforts by Tom (Thinnes) and Reina Cooke," she says, "I spent hours helping students connect to scholarship and outreach opportunities.  We write letters of recommendation each semester for students seeking internships, scholarships and professional careers.  I'll critique resumes and be available to them at any time. There is always a need for moral and -- sometimes -- financial support.  Students know they are always welcome in our office for any reason -- for example, words of encouragement when something has not gone as planned.  We let them know they are part of a college and are not alone.  They can become comfortable as soon as they arrive, settle in and focus on their studies.  "Helping to eliminate financial barriers for our students is important to me," she says.  "I believe students should not be denied the opportunity to pursue their dreams because they don't have the financial resources to obtain a degree."  She has opened her own checkbook to send students to an aviation conference with its networking opportunities or to attend the college's annual celebration dinners.  She and Dean Powell purchased a winter coat for an international student who hailed from a nation with more temperate weather so that he could work outside during Michigan's winter. 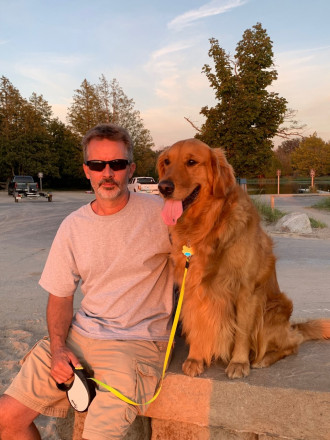 Kauppila's spectrum of involvement is college-wide.  "Where I see a need, or if someone asks," she says, "I like to offer assistance. Committee work is important.  I have learned over the years that the phrase 'Many hands make light work' is true.  Working alongside colleagues who I don't normally get to interact with on a daily basis is an important part of building strong teams and a positive environment."  She is keenly aware that the college's team is not only very "smart and talented" but extremely committed to helping students graduate and attain professional goals.  While her COA duties seem like they fill each 24-hour day on the calendar, Kauppila finds time to read, do some home remodeling, plan family gatherings for the holidays or other special occasions, and camp up north for kayaking and bicycling with husband John.  When possible, their canine buddy Bentley joins the couple.  Nightly dinners probably don't stray too far from their professions since John works at nearby Duncan Aviation. John also just celebrated 25 years at Duncan and is a Silver Wings member.   Tracey Kauppila may be the nuts and bolts of the College of Aviation.  But colleagues also regard her as the James Brown of the operation because she is the "hardest worker" among them.  And, thanks to her, students and staff can all scream "I feel good" because of where they are and what they are doing.