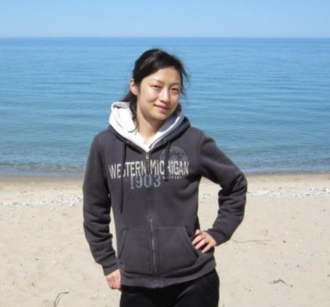 Her name is Qi Qi, both first and last names being exactly the same. But it’s pronounced “Chi-Chi,” just like World Golf Hall of famer, Juan “Chi-Chi” Rodriguez.

“I get asked about my name a lot,” Qi said. “It is a very common Chinese practice to have a first name that is the same as your family name.”

Hailing from China’s Sichuan Province, nestled just south of the country’s geographical center, Qi is proud of her up bringing in the capital city of Chengdu, which is also home of the Panda Bear. She describes the environment and climate there as “distinguished,” with it’s four, clear-cut seasons of a long and warm spring, a short, sultry summer, a cool, rainy autumn, topped off with a cold and foggy winter.

“And, the food at home is really, really delicious,” Qi said. “Some of my favorites Shui Zhu Yu (fish filets in hot chili oil), Zhong Shui Jiao (dumplings) and Huoguo (spicy Hot Spot). They are all very spicy.”

Qi initially enrolled in 2010 in Western Michigan University’s Center for English Language and Culture for International Students to study English as a second language as a first step toward earning a bachelor’s and master’s degree in accounting. Work experience she gained in China helped to focus her career path and to solidify plans to attend a university in the United States because of the strong business relationship between both countries.

“I worked in sales and marketing with a real estate company in China,” said Qi, who earned a manager position in just three years on the job. “I was very interested in investment analysis, as in how much it costs to buy and build on the land, what kind of products we should design to satisfy market requirements, and the potential for profits earned. I also learned that I really enjoy working with numbers on spreadsheets. The market was booming in China for about five years or so and I was really busy, but I always held on to my dream of studying in the United States since I was a teenage girl.” 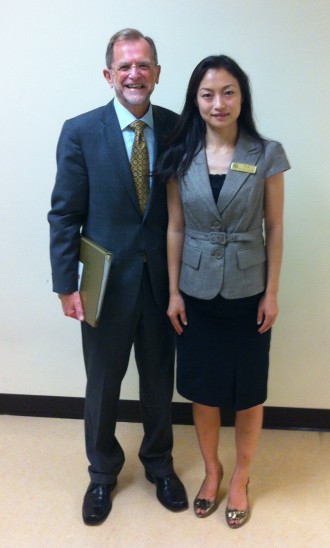 And, it’s a good thing she held onto that dream. Just as the market collapsed in the U.S. in 2007 to 2008, Qi said China experienced similar issues in the real estate market.

“During the 2008 global economic crisis, the Chinese real estate market was sluggish, and we experienced reduced sales on both properties purchased for primary residences and for investment,” Qi said. “Nonetheless, the market prices were still high and stable during that time. This is a characteristic circumstance in a centrally controlled government market—the relationship of supply and demand does not have the same impact on the Chinese market as it does in the U.S. That’s when I realized it was a good time to pursue my dream of studying abroad.”

Qi learned about WMU from a friend who worked at a recruiting agency in China for study abroad programs. She then did more online research to learn more about WMU, Kalamazoo, and Michigan, and she decided that the school, location and climate appealed to her.

“I liked how green everything looked in the summer photos, the beauty of the fall colors, and that there were lots of outdoor activities available,” Qi said. “Additionally, the location of WMU, is another factor that appealed me. Kalamazoo is centrally located between two large cities—Detroit and Chicago—one is a U.S. industrial center and the other is a financial center. I’ve learned that living in a smaller city, like Kalamazoo, has one distinct advantage—the people are really friendly here.”

Qi gives her parents a lot of credit for her motivation to gain a college education in the United States. They stressed the importance of getting a quality education, along with seeking ways to grow as a human being. “Education is really important for a person and it’s a lifelong process,” she remembered them saying to her constantly. “Not only because you are able to gain life skills or get a good-paying job through education, but they said it will also enrich your intrinsic refinement and spiritual life.”

She remembers that parental push gearing up in her grade-school years in their hopes that Qi could earn something that was not available to her parents—a college degree. They missed that opportunity as young adults during China’s 10-year-long Cultural Revolution, which took place from 1966 to 1976, under President Mao Zedong. “During that time, the economy and society in China pretty much froze in place,” Qi said. “People didn’t go to work and the factories and schools were closed.”

Making the move abroad to attend WMU came with some anticipated and unanticipated challenges for Q, with the most major challenge being the language barrier. She arrived in the U.S. with 10 years of English experience and education, but it mainly consisted of British textbook English, which differs somewhat in pronunciation and grammar from U.S.-style English. “I thought my English skills were good enough before I got here, but once I was on the ground, I was stunned,” she said. “American English sounded different than I thought it would—people spoke so fast it was difficult to catch on for a while. I am sure I had a blank stare on my face sometimes when I first communicated with people.”

She quickly got on the fast track to improving her language and academic skills through WMU’s English immersion program, CELCIS, in which her language skills were greatly advanced, as well as learning vital classroom and study techniques. “CELCIS instructors taught us how to efficiently read a book and to make our own summaries, because as I found out, we have to do a lot of reading as a university student,” she said. “I also learned how to pay close attention, to listen for key words, and how to take effective notes during lectures. Some professors don’t offer many printed course materials, so good English listening skills are essential for taking good notes—the key to success in any class. Learning this early on in CELCIS has been significantly valuable to my studies and in my personal life." 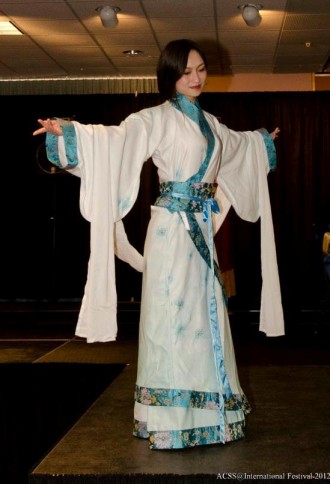 Qi believes all her hard work is paying off. Her studies at WMU, as well as working on campus as an accounting assistant, have helped Qi advance her professional skills, improve her English, adapt to American culture, deal with stress, embrace teamwork, and have broadened her perspectives. “Before I came to the U.S., I was afraid of stress and facing challenges, plus my thinking style was narrow—on the micro level,” said Qi, who was especially interested in gaining English fluency because of the strong business connections between the U.S. and China.

Her successful completion of the CELCIS program laid the groundwork for Qi to enroll as a University student in fall 2011 to pursue a bachelor’s degree in accounting. She plans to earn that degree in 2014 and begin WMU’s master’s degree program in accounting in fall 2014. “To reach the level of Certified Public Accountant, CPA, is my next goal, and an MSA (Master of Science in Accountancy) will help me accelerate achievement of my long-term career goal of being a professional accountant,” she said.

Qi has fully embraced life in the U.S. and offers this advice for students who might be considering a similar academic journey. “If you are thinking about studying abroad in the U.S., study American English as much as possible before you enroll because that will help you adapt to the culture sooner,” Qi said. “Secondly, work on your independent living skills—you will get homesick, be stressed, and sometimes be disappointed—so be prepared to deal with that. Engage in campus activities with American students as much as possible. In my experience, they welcome the opportunity to meet international students because they want to learn all about different cultures. ”