Big data and the future of diagnosing mental disorders

KALAMAZOO, Mich.—What if testing for Autism Spectrum Disorder (ASD) or Attention Deficit Hyperactivity Disorder (ADHD) were as simple as running a test for diabetes or heart disease?

For Dr. Alvis Fong,  associate professor of computer science, the future of diagnosing mental disorders looks closer to how we test for diseases than it does to the current model of behavioral observation.

"A quantitative approach like this one is just an additional tool that can help physicians make better, more informed decisions," says Dr. Alvis Fong.

“We see great potential in this framework, believing it can be used to classify not just autism spectrum disorder, but other disorders, such as attention deficit disorder,” says Fong.

Fong’s research is a move toward making mental disorders quantifiable and less prone to misdiagnosis. As mental illness rates rise in the United States and around the world, making more accurate and timely diagnoses has never been seen as more important.

“Machine learning is very good at the discovery of knowledge hidden in data,” says Fong. Increased access to benchmark data sets such as the Autism Brain Imaging Data Exchange has accelerated the impact of machine learning on the identification of health problems. Using health measurements, such as functional magnetic resonance imaging, is a key benefit that machine learning brings to diagnosis.

At the individual level, functional magnetic resonance imaging lacks the details that physicians need as the low resolution was not perceived as powerful enough to use consistently; but, from a machine learning perspective, the large sample can find the evidence of disorders in the aggregate. Functional magnetic resonance imaging simply tells you a different aspect of the big picture, one that was being missed by the human eye. The team’s algorithm was able to accurately identify between 70-80% of the cases of ASD in their data set.

“We knew something had to be done to improve the way physicians perform these diagnoses on these patients,” says Fong.

According to the Centers for Disease Control and Prevention Community Report on Autism 2020, a growing number of ASD cases in the United States  is creating an increased demand for the practitioner to diagnose autism spectrum disorder quickly and accurately.

Fong says that the current model is “not satisfactory in many ways, not least because this approach is known to be unreliable and there have been many reports of misdiagnosis.”  Problems such as demographic differences and inconsistencies in gathering data across different sites are all issues we see that affect the accuracy of current diagnosis. Misdiagnosis can delay assistance for those with autism spectrum disorder.

Fong and his collaborators see this research as a means of supporting diagnosticians.

“A quantitative approach like this one is just an additional tool that can help physicians make better, more informed decisions,” says Fong,  stressing that when differences arise between the machine learning and the practitioner, further observation is necessary.

The team’s goal is for the model to be used to confirm cases, as an early identifier, quantify the possible degree of risk or measure the severity of cases—the key being the algorithm gives a level of accuracy that current diagnostic techniques lack. 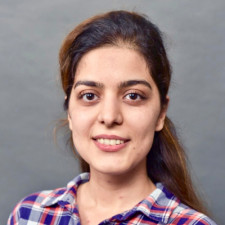 The research team is looking to expand the use of its diagnosis tool to other disorders. The researchers are developing a proposal to apply their model to attention deficit/hyperactivity disorder diagnoses. At Florida International University, former Western Michigan University professor Dr. Fahad Saeed is working to connect the machine learning model to practitioners in the field. There, the team hopes that physicians will embrace the diagnostic tool and help to blend current procedures with the group’s design.

About the research team