Duo leading new venture and supporting students along the way 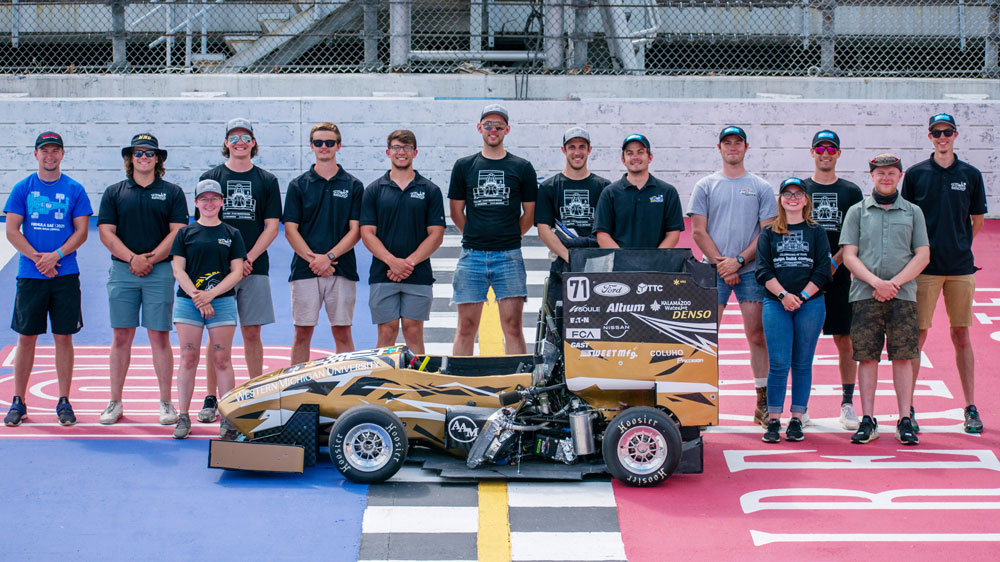 “Their mentoring and donation have granted our team the unusual benefit of worrying less about where and how we’re going to get materials, and focus more on the finished product,” says Andrew Redder, chief engineer for the WMU team says of Bevins and McKenzie. “This will give our team a greater edge in competition than we have had in the past.” 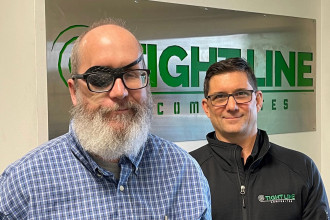 Friends Bevins (left) and McKenzie both worked in a variety of industries before teaming up in the composites industry in 2012 and recently at Tight Line composites, helping to lead the company that started in 2018.

KALAMAZOO, Mich.—Figuring out how to make something that accomplishes a particular task—it is what engineers do. Just ask Tight Line Composites’ Mike Bevins, vice president of engineering, and Dennis McKenzie, vice president of operations, both graduates of Western Michigan University’s College of Engineering and Applied Sciences.

The type of product made at Tight Line did not exist until about 2013. It’s in the relatively new field of carbon fiber pultrusion, a field filled with innovation and development in designing and manufacturing pultruded products for wind energy, transportation, industrial, oil and gas, and infrastructure as well as custom applications.

“There is no engineer’s handbook for looking up the answer or even being able to buy a lot of the equipment off the shelf.” explains Bevins. “While challenging, bringing these technologies to life is very rewarding—it’s what we do.”

With demand for wind turbines growing at a phenomenal pace, wind energy companies are seeing the advantages that carbon fiber pultrusion brings to their designs. The continually increasing demand brings a lot of challenges. “These challenges are not only our own manufacturing capacity but even simply on carbon fiber availability,” says Bevins. “And, of course, the massive demand attracts competition. We have to stay focused, constantly examining and improving our tools, processes and products.”

The growth of wind turbines means Tight Line is expanding—fast. “It is exciting to be part of a new technology and its applications. Being part of economically viable wind energy is also rewarding,” adds McKenzie, who runs the day-to-day operations of the company. “Tight Line was a grass field in the summer of 2018. Today we are launching a second facility and are on pace to produce a few thousand miles of pultruded plate in 2022.  Watching our company and team grow together has been thrilling.”

In his role at Tight Line, Bevins manages all the engineering and maintenance activities duties including sourcing and implementing equipment as well as managing the company’s manufacturing processes. “A lot of it is unique or proprietary, which means that I get to design it as well,” explains Bevins. “Since carbon fiber is such an expensive raw material, a lot of my activities revolve around scrap reduction and the most efficient use of the carbon.”

Bevins earned his Bachelor of Science in mechanical engineering from Western in 1998 and started his career as a process engineer in automotive injection molding and component assembly at Summit Polymers.

After more than a decade, he moved into composites, becoming a senior manufacturing engineer and later engineering director for the technology transfer team at Zoltek, where he was involved in design, sourcing and implementation of manufacturing equipment, processes, and systems for carbon fiber composites.

McKenzie and Bevins met in 1992 working for an industrial paint contractor. They were both students at WMU and this was the start of a decades-long collaboration. Their careers diverged for a few years until they joined forces again at Zoltek in 2012. There they led the launch of a new manufacturing plant startup.

McKenzie earned his Bachelor of Science in manufacturing engineering technology in 1994 and began his career as a process engineer in automotive injection molding plants where he took on increasingly responsible roles in process engineering and plant leadership, including work as a project engineer, corporate continuous improvement consultant and program manager. During this time, he earned a Master of Science in finance from Walsh College (Michigan) and completed Black Belt registration with the Six Sigma Academy. In 2008, McKenzie joined Graham Packaging International as a production manager position with a blow molder in St. Louis, Missouri, then entered the composites industry in 2012 at Zoltek.

As executives leading teams in a highly technical field, the busy duo also finds time to mentor and support developing engineers, including members of the WMU Formula SAE team. Thanks to Tight Line, this year’s team has more time to focus on improving the car.

“Their mentoring and donation have granted our team the unusual benefit of worrying less about where and how we’re going to get materials, and focus more on the finished product,” says Andrew Redder, chief engineer for the WMU team. “This will give our team a greater edge in competition than we have had in the past.”

As the student team prepares for this year’s events, Bevins and McKenzie—who have crossed paths throughout their careers—continue thriving in a rapidly expanding company they helped launch.