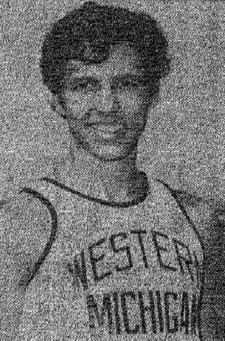 John was a Kalamazoo native and a creative artist, outstanding athlete, and intellectual adventurer. From a young age he expressed an outgoing, gregarious nature and his enthusiasm, humor, and large heart touched many lives. The last 10 years of his tragically shortened life were characterized by heroic struggle and optimism against overwhelming forces.

By middle school John was expressing himself through painting and especially through his music, both as a pianist and vocalist. In high school he was a member of the Kalamazoo Central basketball team that made it to the quarter finals of the state championship. Having experienced many enjoyable years in the Boy Scouts, including a summer at the Philmont Scout Ranch in New Mexico, he also began expressing his mentorship skills by serving as an assistant scoutmaster.

At Western John’s broad academic interests led him to earn a degree in the interdisciplinary American Studies Program. He was particularly interested in the music of Bob Dylan, the writings of Carl Jung, and the ideas of several theologians including Reinhold Niebuhr and Paul Tillich. Academically, he was a member of the Lee Honors College and a nominee for the Dansforth Scholarship. With the encouragement of one of his favorite professors, Rudolf Siebert, he traveled to Dubrovnik, Yugoslavia to deliver a paper at the annual seminar on “The Future of Religion.” He continued developing his leadership skills by serving as a dormitory resident advisor in Siedschlag Hall. He was a staff member on the Western Herald during both his undergraduate years (1973-74) and his graduate years (1985-86). John was very tall (6’ 5”) and handsome and some of his greatest accomplishments were achieved on Western’s track team. He received the Mitchell Gary Athletic Scholarship and set a school record at that time in the high jump (6’ 11”) using the recently invented “Fosbury Flop.” John always had much to give others and at this time he began serving as a Big Brother. It is a sign of his magnanimous heart that several years later John gave his “little brother” his WMU varsity letter jacket.

After graduation John had difficulty fitting his artistic talents and wide-ranging intellectual interests into a tangible career track. He considered law school but soon realized it was not a good fit for him. For a time he traveled throughout Europe supporting himself by playing the piano and singing popular American songs to appreciative audiences. When he returned to the states he enrolled at Andover Newton Theological School and did outstanding work his first year, but then withdrew. Unbeknownst to family and friends, John suffered greatly and eventually was diagnosed with a mental illness. He was treated with the standard drug protocols of that era which may have helped to some degree but which also likely were the primary cause of his tragic early death. During this time he served as a primary campaign assistant for Howard Wolpe in his successful election to the U. S. House of Representatives in 1978. Unfortunately, John was not then offered a position in Wolpe’s Washington office. He turned his focus to teaching and served many area high schools primarily as a substitute teacher. He also taught courses at Nazareth College and Kellogg Community College. Regrettably, he was never offered a full-time teaching position. This led him to pursue a master’s degree in Political Science at WMU. He completed all of his course work but passed away of unknown causes in January 1988 before officially receiving the degree which was awarded posthumously in the spring of 1989.

John’s parents established The John R. Borsos Endowed Scholarship as an annual award given to a graduate student of political science in the hope that it will help deserving students along their career paths both financially and also with the inspiring legacy of a visionary and courageous leader.