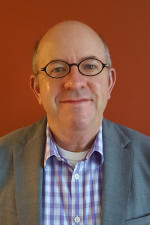 J. Kevin Corder is a professor of political science at Western Michigan University in Kalamazoo. His research has appeared in the American Political Science Review, the Public Administration Review, the Journal of Politics and other outlets in political science and public administration. Much of his work focuses on economic policy and he is the author of two books on the Federal Reserve System. In 2013, Corder received a Fulbright-Schuman European Affairs program grant to study the regulation of banks in Malta and the United Kingdom. Corder’s work also extends to electoral politics. He and Christina Wolbrecht (University of Notre Dame) are the authors of Counting Women’s Ballots, a comprehensive assessment of women’s voting in the 1920s and 1930s, and A Century of Votes for Women, which looks at women's voting from the time they entered the electorate until the 2016 presidential election. Corder and Wolbrecht were co-recipients of the American Political Science Association Victoria Schuck award for the best book on women and politics in 2016. Their work has been featured or profiled in Newsweek, the Monkey Cage, the Wall Street Journal, The Economist, MS magazine, and 538.