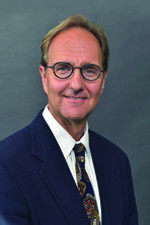 Dr. Mark S. Hurwitz has returned to Western Michigan University after being on leave while he served as Program Officer at the National Science Foundation (NSF). While at NSF his portfolio extended across the agency. His primary programs included Learning and Workforce Development in the Office of Advanced Cyberinfrastructure, and Law and Science in the Directorate for Social, Behavioral, and Economic Sciences. Hurwitz also had responsibility in Working Groups for Navigating the New Arctic, Cyberinfrastructure for Sustained Scientific Innovation, Cyberinfrastructure for Emerging Science and Engineering Research, Disrupting Operations of Illicit Supply Networks, and Science of Broadening Participation.

Hurwitz is the current recipient of grant from NSF: “Build and Broaden: Indigenous Peoples Before United States Courts: A Systematic Examination.”  This award in the amount of $400,000 is a joint project with Drs. Rebecca A. Reid and Todd A. Curry (WMU PhD, 2012) of the University of Texas at El Paso. Reid, Curry, and Hurwitz will analyze all cases involving Indigenous Peoples and Nations in state supreme courts, U.S. Courts of Appeals, and the U.S. Supreme Court, from 1960 through 2020.

Hurwitz has published his research in leading political science and law journals, such as American Political Science Review, Journal of Politics, Political Research Quarterly, State Politics & Policy Quarterly, Justice System Journal, Law & Policy, Judicature, Review of Policy Research, and American Review of Politics, among others. Hurwitz was co-principal investigator for the WMU/Cooley Law School Innocence Project, which analyzed DNA evidence to exonerate wrongfully convicted individuals, based on a grant from the National Institute of Justice, U.S. Department of Justice, in the amount of $418,000 (Award #: 2015-DY-BX-K008). He currently serves as Director of Special Initiatives with WMU’s Office of Research and Innovation. He previously served as Special Assistant to the Provost with respect to the affiliation between WMU and the Law School. He served as Editor-in-Chief of Justice System Journal, and he now is a member of its Editorial Board. Hurwitz previously held faculty positions at University at Buffalo (SUNY) and University of Utah, and he practiced law in New York City before earning his Ph.D. in political science.