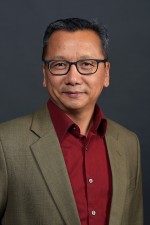 Dr. Mahendra Lawoti is a professor in the Department of Political Science at Western Michigan University.

Lawoti is a regular contributor for the Kathmandu Post and Kantipur dailies, an article editor for Sage Open, a board member of the Midwest Conference on Asian Affairs and advisor to several non-profit organizations in Nepal and the USA. He served two terms as the president of the Association for Nepal and Himalayan Studies (2006-10) and two terms as Associate Fellow of Asia Society (2006-12).

His research covers democratization, political institutions, ethnic politics and socio-political mobilizations in Nepal and South Asia. He has authored, co-authored, edited and co-edited ten books and published numerous journal articles, book chapters and opinion pieces. His book, "Towards a Democratic Nepal" (SAGE 2005) was reprinted multiple times and translated into Nepali in 2007. His recent books include the co-edited volume "Nationalism and Ethnic Conflict in Nepal" (London: Routledge, 2012) and co-authored "Government and Politics in South Asia" (seventh edition, Boulder, CO: Westview Press, 2013) and "Pahichan and Sanghiyata" (Kathmandu: Kitabghar) is forthcoming.

He has published articles in Asian Survey, Commonwealth and Comparative Politics, Democratization, Himalaya, Journal of Democracy and other journals and chapters in numerous books. Lawoti has conducted field work in Nepal, India and Sri Lanka and has lectured in various countries in Europe, East Asia, the Middle East, North America and South Asia and has been interviewed by media from Australia, Europe, Middle East, East Asia, South Asia and North America.