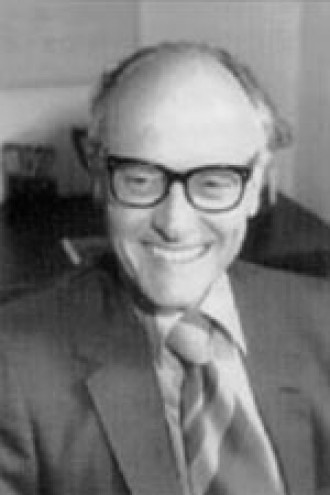 The Samuel I. Clark memorial lecture is a major annual event for the Institute of Government and Politics. Its topic rotates among the political science subfields covered in the department. The lecture is named in honor of Dr. Sam Clark, who joined the faculty of Western Michigan University's Department of Political Science in 1948. Specializing in political philosophy, he was known as a challenging and engaging professor and scholar.

Clark was named the founding director of the University's new honors program in 1962. In addition to overseeing the expansion of the honors program during his 24 years as its director, he coordinated lectures and planned opportunities for other kinds of growth, such as trips abroad for students and faculty. Clark was affiliated with the National Collegiate Honors Council since its inception in the 1960s and, in 1984-85, served as its president.

Also active in University affairs, he was president of the Faculty Senate from 1971 to 1973 and from 1978 to 1979. Upon his retirement in 1986, the Faculty Senate created this lecture series in his name, to be organized by the Institute of Government and Politics and the Department of Political Science.

Memorial contributions in his name may be made to the Lee Honors College.

How do political leaders create the perception of threats in the international arena? Building on the idea of securitization, Oren develops the idea that the repetition of ambiguous phrases (such as "weapons of mass destruction," "rogue states," and "ethnic cleansing") creates a perception of reality that rivals the actual realty. As public audiences accept and join in the repetition they actively participate in the construction of conditions the ambiguous phrase is meant to describe. Specific examples in the politics are frequent, and Oren specifically addresses the way the phrase "weapons of mass destruction (WMD)" helped build support for the war against Iraq.

Over the 20th century, Brazil experienced considerable political instability, as well as periods of economic growth followed by years of stagnation. Like other "BRICS"--rising middle-income economies--in the 2000s it looked like Brazil had finally turned the corner and set off down a path that joined political stability with economic growth.  However, the last two years have brought a return to the bad old days - economic decline, and political indecision. What explains Brazil's turn for the worse? What is the likely future of its president and the long-governing Worker's Party?

Unprecedented levels of political violence currently challenge the very possibility of reasonable discourse in the public spheres of many liberal democracies. Dr. Nancy Love explores whether and, if so, how this political violence reveals the limits of modern western concepts of public reason, which often exclude aesthetic experience.  Love discusses her research on how right-wing extremists today are using white power music to fund activities, recruit youth, and promote violence. Love argues that their violent politics not only emerges from visceral reactions to cultural differences, but also expresses the aesthetic values of a deeply rooted political imaginary. By comparing the music of white power activists and activist musicians dedicated to social justice, Love would reclaim the role of aesthetic politics in public discourse. Love argues for a reconstructed concept of aesthetic reason that fosters self-reflection, engages moral sensibilities, recognizes human vulnerability, and promotes a more inclusive public discourse and, with it, a less violent public sphere.