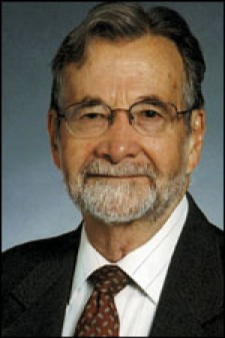 Dr. Ziring joined the Political Science Department in August 1967. A native of New York City, he completed his undergraduate and graduate work at Columbia University, earning a Ph.D. in Political Science in 1962. Before joining WMU, Dr. Ziring taught at Columbia University, Dacca (Dhaka) University East Pakistan, Lafayette College, and Syracuse University. He was also an Advisor to the Pakistan Administrative Staff College (Lahore), and is a veteran of the Korean War.

An expert on Pakistan and Bangladesh, he wrote extensively about these countries, with some books also published in paperback editions. Several books were translated into either Urdu or Bangla. In addition, Dr. Ziring contributed chapters to co-authored books and wrote numerous articles on geopolitical issues, topics covering the UN, International Relations, Asian security issues, and the Middle East. Considered an expert on South and Southwest Asia, he was a consultant to the US Department of State, US Department of Defense, the Peace Corps, and the US Information Agency. In 1990, the Atlantic Counsel of the US selected him to participate in a NATO discussion series at NATO HQ in Brussels, Belgium. A founding member of AIPS (American Institute of Pakistan Studies), he served as President and later Secretary of the organization. As a contributor to the Encyclopedia Britannica, he wrote updates and end of the year reviews on Pakistan.

While Director of the Institute of Government and Politics (IGP), he convened numerous conferences, bringing many academic scholars and dignitaries to campus. He also served as Director of the Masters in Development Administration Program (MDA, now MIDA). In 1982, Dr. Ziring was named a WMU Distinguished Faculty Scholar, and in 1998 was named The Arnold E. Schneider Professor of Political Science. A Visiting Scholar at Oxford University, he was also a Visiting Lecturer at the Foreign Affairs College in Beijing, China, and a Fellow of the Institute of Oriental Studies, USSR. He was a Visiting Lecturer and later Director of the Core Program in Comparative International Studies on Semester at Sea, an international education program.

A Personal Note: known as Larry by his colleagues, friends and family, he loved teaching and the pursuit of knowledge. His office was always open to students, and he mentored many during his 37 year tenure at WMU. Unable to afford college after graduating from high school, he studied commercial art part-time at Parsons School of Design, and later Pratt Institute, while working to support himself. Being drafted into the US Army in 1951 during the Korean War changed his life. After serving two years “defending Detroit” (one of his favorite stories about life in the Army), he took advantage of the GI Bill and enrolled at Columbia University. He considered a career in the Foreign Service, but found his true calling in teaching, research and writing. WMU became his professional home, and he loved being part of the academic scene at Western. He loved sports, especially baseball, and enjoyed opera and classical music. But above all, he loved his family, and cherished special friendships.

“While his colleagues at Western have admired and respected his outstanding professional contributions for many years, it is especially pleasing to have him acknowledged by one of the worlds great universities (Oxford),” Philip Denenfeld, VP of Academic Affairs, to Western News 1984.

The Lawrence Ziring Endowed Scholarship is an annual award given to a graduate student who is in the political science program. Preferences will be given to student in the MIDA program and/or studying comparative politics, international students, and students who can demonstrate financial need.