Candidates for the position of vice president for research at WMU

Kalamazoo, MI—Four candidates for the position of vice president for research at Western Michigan University will make public presentations on campus during the final two weeks in October.

Presentations by these candidates have been scheduled for these days and dates and in these locations. All presentations are from 1:30 to 3 p.m. 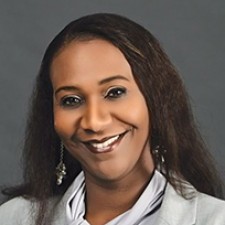 Wednesday, Oct. 18, Fetzer Center's Putney Auditorium, Dr. Sherine Obare, WMU interim vice president for research and professor of chemistry. Obare has been a WMU faculty member since 2004. An internationally recognized researcher in the areas of nanoscale materials for drug delivery, environmental remediation and alternative energy, she has attracted more than $4.5 million in external funding and has been the recipient of a National Science Foundation CAREER award, as well as a number of other awards and fellowships. In 2013, she was named one of Michigan's top 25 professors. Obare earned a bachelor's degree from West Virginia State University and a doctoral degree from the University of South Carolina. She did post-doctoral work at Johns Hopkins University. 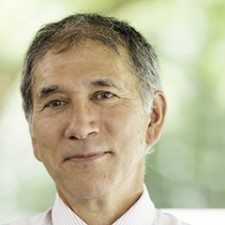 Tuesday, Oct. 24, Fetzer Center's Putney Auditorium, Dr. Richard Inouye, associate vice president for research and associate dean of the Graduate School at Utah State University. Inouye has been at USU since 2013. Before that, he served as a program officer in the Division of Environmental Biology at the National Science Foundation for seven years. He also held a faculty position at Idaho State University where his research focused on plant ecology, plant-animal interactions and water quality. He was a principal or co-principal investigator on more than $8 million in research funding. Innouye earned a bachelor's degree from Reed College and a doctoral degree from the University of Arizona before doing post-doctoral work at the University of Minnesota. 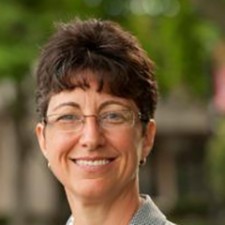 Thursday, Oct. 26, Rooms 157-159 of the Bernhard Center, Dr. Terri Goss Kinzy, vice president for research at Rutgers University and professor of biochemistry and molecular biology and pediatrics. Kinzy joined Rutgers' Robert Wood Johnson Medical School faculty in 1995. In addition to her faculty role, she leads Rutgers' campuswide research efforts. Internationally known for her work in the area of gene expression, she has served as director of the RWJMS/Rutgers/Princeton University M.D./Ph.D. program, executive director of the medical school's DNA Core Facility and senior associate dean of its Graduate School of Biomedical Sciences and Research. Kinzy earned a bachelor's degree from the University of Akron and a doctoral degree from Case Western University before doing post-doctoral work at Carnegie Mellon University. 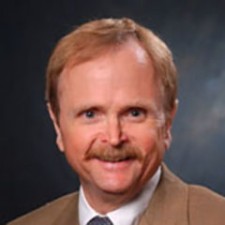 Tuesday, Oct. 31, Fetzer Center's Putney Auditorium, Dr. Kent Keyser, associate vice president for research and professor of vision sciences at the University of Alabama at Birmingham. Keyser earned a bachelor's degree from Oberlin College and a doctoral degree from Stony Brook University. He was a staff fellow at the National Institutes of Health for two years before returning to Stony Brook and then moving to the University of California-San Diego, where he was an associate research neuroscientist. In 1996, he moved to UAB, where he founded and directed the High Resolution Imaging Facility and served as director of the University-Wide Vision Science Research Center before taking on his current role. His research and teaching activities have been funded by the NIH, NSF and private foundations.

The successful candidate will replace Dr. Daniel Litynski, who returned to the engineering faculty last summer after serving for seven years as vice president for research.