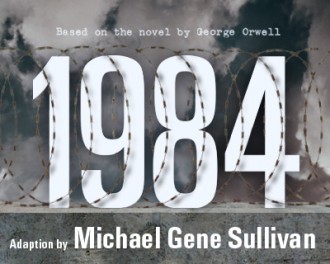 Based on the iconic novel by George Orwell, 1984 tells the story of Winston Smith, a man physically and mentally under the omnipresent eye of Big Brother. With poignant truths that have striking relevance, this is a ferocious and provocative version of one of the most prophetic works of literature of the last century.

Content Warning: This play contains very mature, potentially challenging content.
Patrons under the age of 18 will not be admitted, including babes in arms.

A panel discussion about the relationship of this play to our contemporary world.

Followed by a panel discussion about the relationship of this play to our contemporary world. Panelists will include Robby Soave with WMU's Becky Cooper, David Benac, Jennifer Townsend, and Peter Wielhouwer. WMUK’s Gordon Evans will moderate.

Sponsored by the WMU Departments of Political Science, History, Sociology, Theatre, and the Lee Honors College.