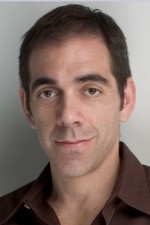 Jay Berkow has been the director of music theatre performance at Western Michigan University since 2004. A much sought after professional director and playwright, he is the co-author and director/choreographer of the Off-Broadway hit Jolson & CO. which ran for two seasons in New York and has received regional productions across the U.S., as well as a United Kingdom national tour. His biographical musical based on the life of Gene Kelly, What A Glorious Feeling, premiered at the Mason Street Warehouse Theatre and has been produced at the Adirondack Theatre Festival, Oregon Cabaret Theatre and the Depot Theatre and will be opening next season at both Pennsylvania’s Bristol Riverside Theatre and Chicago’s Theatre at the Center. His comedy The Cure For Love was featured at the Barter Theatre as part of their 75th Anniversary season, as well as in the WMU 2012 season. Berkow has worked with Terrence McNally, John Kander and Fred Ebb as the director of the Off-Broadway revival of The Rink, and directed the Off-Broadway productions of Red Hot Mama and The Lady in Penthouse B. His regional credits include Florida Studio Theatre, Indiana Repertory, Theatre South Carolina, Playhouse on the Square, Gateway Playhouse, Virginia Repertory, Connecticut Repertory, Coconut Grove Playhouse, American Stage, Florida Repertory Theatre, Theatre  Works, the Burt Reynolds Theatre, Riverside Theatre and Circa 21.