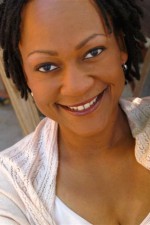 Before starting her career in academia, Lampkin lived in New York City where she worked as a professional actress. Known as Dwandra Nickole (professionally), her television credits include Law and Order, Third Watch, Law and Order: SVU and the critically acclaimed ABC series Wonderland, created by director/producer Peter Berg. She has performed regionally at the Tony Award winning Denver Center Theatre; The Huntington Theatre in Boston; the National Black Theatre in New York City; the Indiana Repertory Theater; the Phoenix Theatre; and the Human Race Theatre. Some of her most memorable roles include Aunt Ester in August Wilson’s Gem of the Ocean; Mrs. Muller in Doubt; Calpurnia in To Kill a Mockingbird; Matron Mama Morton in Chicago; and Elizabeth in In the Next Room, aka (The Vibrator Play). In addition, she has appeared in numerous commercials and independent films. Lampkin has also toured with the Washington Production Company in The Life Rosa Parks, a play written by Von Washington about Rosa Parks and her decision not to move from her bus seat on a Montgomery, Alabama, bus.

Lampkin is working on her new one-woman show titled "The Conviction of Lady Lorraine," a poignant story based on one woman’s search for insight found in another woman’s fight for justice. The show chronicles Lampkin’s personal journey as she set out to find the secret behind a homeless woman’s 22 year protest. Lampkin received grants from both Ball State University and the Indiana Arts Commission to conduct research and to create the show. Visit her website for more information on the show, for upcoming events, video clips and more! www.dwandra.com

Lampkin has also received grants from the Indiana Arts Commission and Ball State University to conduct research at the Schomburg Center for Black Research in Harlem, New York, on the topics of stereotypes and diversity as they pertain to theatre in America.

Lampkin is a member of Actor’s Equity Association, the Screen Actors Guild and the American Federation of Television and Radio Artists.