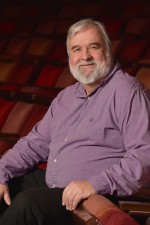 Mark Liermann is an associate professor of theatre at Western Michigan University. For more 20 years Liermann has been directing throughout the Midwest and Colorado. He has more than 70 shows to his credit, including work at the Goodman Theatre, Fox Theatricals, Belfry Theatre, Bas Blue Theatre, Wagon Wheel Theatre, The Clinton Showboat, and local favorite, the Whole Art. During the 1990s, he, along with a few of his good friends, founded the short-lived but acclaimed Renegade Theatre Company in Chicago. Liermann has served as artistic director for Renegade as well as The Belfry Theatre in Lake Geneva, Wisc. His directing credits include The Birthday Party, The Majestic Kid, Richard III, Twelfth Night, Cabaret, The Rainmaker, Faithful, The Miss Firecracker Contest, Charley’s Aunt, Dancing At Lughnasa, Ain’t Got No Home and Our Lady of 121st Street, just to name a few.

Liermann joined WMU in 2002. Since that time, he has enjoyed focusing on his teaching and is especially proud of the work that his directing students accomplish each year. He has been able to rejuvenate his professional directing career while in Kalamazoo and has found a new dedication to the support and creation of new plays.

He recently produced work in Chicago and in New York City where he directed the new play, Jolly Good Fellas.