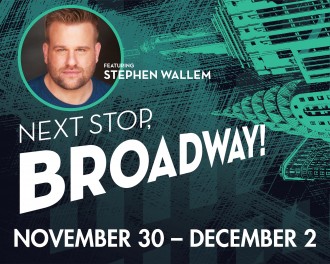 The Music Theatre Performance class of 2018 will join stage and screen star Stephen Wallem in performance for this annual cabaret event. 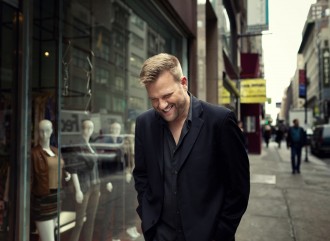 ARTIST BIO: Stephen Wallem is a SAG Award-nominated actor best known as Thor Lundgren for seven seasons on the Emmy-winning Showtime series “Nurse Jackie”. He worked as a stage actor and After Dark Award-winning cabaret singer in Chicago before moving to New York to make his television debut on “Nurse Jackie.” Other television appearances include Randall on Louis CK’s surprise mini-series “Horace and Pete”, Mitch on "Divorce" and Chad on “Difficult People.”

He was recently seen as the Cowardly Lion in The Wizard of Oz at The Muny in St. Louis, following appearances there as Horton the Elephant in Seussical and Shrek in Shrek the Musical. At the Williamstown Theater Festival, he appeared in the world premiere of Craig Carnelia's Poster Boy. He made his professional opera debut in New York City Opera’s Anna Nicole. Manhattan theater and cabaret credits include A Burly Night Music at Birdland, Off the Wallem at Don’t Tell Mama, the Sondheim, Unplugged series at 54 Below and playing Hazel in the Encores! production of Rodgers and Hammerstein’s Pipe Dream at New York City Center. His performance in Bedroom Secrets earned him the 2014 FringeNYC Overall Excellence in Acting Award. He also teamed with Edie Falco for a sold-out run of the original cabaret The Other Steve and Edie at the Laurie Beechman Theatre. Chicago Cabaret Professionals named Stephen their National Honoree for 2014. National tours include Forever Plaid, Into the Woods, and Scrooge starring Richard Chamberlain. Stephen has accrued nearly 2500 performances as both Jinx and Sparky in various companies of Forever Plaid including Chicago (Royal George Cabaret), Las Vegas, (Flamingo Hilton and Gold Coast Hotel), Denver Center for Performing Arts, Drury Lane Oakbrook, and the first national tour. He portrayed Judas/Padre in Court Theatre's acclaimed production of Man of La Mancha (Joseph Jefferson Award, After Dark Award) and reprised his performance at Long Wharf Theatre. At the Ravinia Festival, he appeared with Patti LuPone, Audra McDonald, and Michael Cerveris in A Little Night Music, Passion, and Sunday in the Park with George.

Stephen served as host of the Marriage Equality USA National Gala in 2013 and the Empire State Pride Agenda Gala in 2014. He recently brought "A Burly Night Music" to Toronto for the We're Funny That Way Festival which benefits LGBTQ youth and was a keynote speaker at the Human Rights Campaign gala in Philadelphia.