Battalion Mom. It’s a term of endearment that makes Cris Obreiter smile. “We are a family,” she says about the Department of Military Science and Leadership/Army ROTC program where she has worked as the administrative assistant since 2004. It’s a fitting nickname for the woman who is typically the first person to greet a new cadet arriving on WMU’s campus. 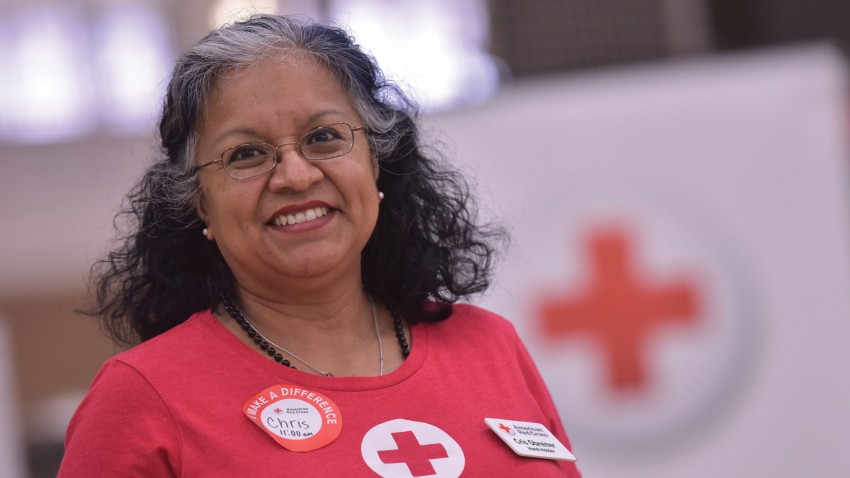 “I am honored to be part of our cadets’ lives from the time they arrive as young, inexperienced first-year students to the time they graduate as grown men and women,” says Obreiter.

Those feelings are reciprocated by the cadets in the program. “She has a genuine interest in our well-being and represents the idea that no one will be forgotten,” says Cadet Jim Schooley.

Obreiter not only manages the administrative duties of the program and its 150 cadets, but also spearheads projects such as the WMU blood drive and a food drive in support of WMU’s Invisible Need Project—projects that strengthen the culture of giving at Western Michigan University.

That culture is evident in the Army ROTC program, and Obreiter’s impact on the larger WMU and Kalamazoo communities is distinct.

“As she recruits cadet volunteers for these events, either as donors or workers, it reinforces our goal of instilling in them a lifetime of service to the community and nation,” says Brett Johnson, WMU’s ROTC scholarship and enrollment officer.

Obreiter is passionate about her efforts. The WMU blood drive has grown into a competitive event between WMU cadets and Central Michigan University cadets, amassing 1,533 pints of blood. And, each year, the program’s efforts on behalf of the WMU Invisible Need Project help countless students.

But it is her passion for making sure each cadet has a positive experience at WMU that drives her.

Her influence is apparent. “She has an extremely positive impact on Bronco Battalion and takes the time to make sure we are successful,” says Cadet William Jackson. “Her positive attitude and willingness to help others are an excellent example for cadets as we transition from students to leaders in the Army.”