Holly Harmon has had one goal since transferring to the Haworth College of Business: to positively impact as many people and communities as possible. As a human resource management major, she believes that starts with helping businesses invest in their most critical resources—their employees.

Harmon’s transformational experience while at WMU has included:

Harmon has been accepted into Cornell University’s Master of Industrial and Labor Relations program for fall of 2020, receiving a Center for Advanced Human Resource Studies Award, a scholarship for top applicants to the program. 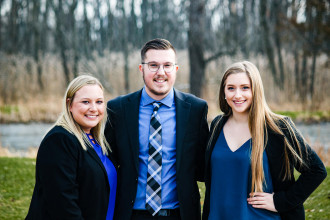 Lexi Payne, Parker Hurley and Liz Volante placed first in a digital marketing case competition and also claimed a category award for Best Research. The event featured more than 50 teams from colleges nationwide and was hosted by Purdue University Northwest. Students created a digital marketing campaign for Harbour Trust Investment Management Company that would result in $1 million of new revenue for the company. 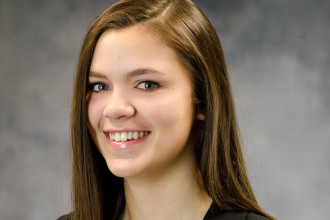 Alyssa Larner received a $10,000 scholarship from the Public Company Accounting Oversight Board. The merit-based scholarship encourages accounting students to pursue careers in audit. Larner was selected for the scholarship based on her aptitude in accounting and auditing, and for demonstrating high ethical standards. 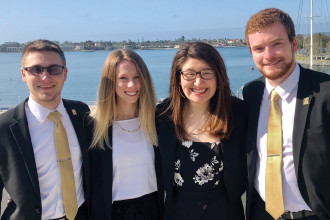 Kyle Wade, Ali Bultynck, Samantha McGrath and Alden Wichman soared to first place against teams from 13 other universities at the 2020 National Grocers Association Student Case Competition. The business case for the competition focused on developing ways for independent grocers to make it easy for shoppers to maximize the benefits of the Gus Schumacher Nutrition Incentive Program.

WMU most victorious university in marketing and sales competition’s history 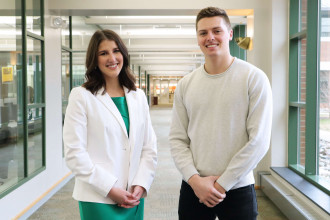 Sarah Obermeyer and Ryan Demas competed in the State Farm Marketing and Sales Competition at the University of Central Missouri, with Obermeyer taking top honors in the customer service role-play category. This victory brings WMU’s student winnings to over $40,000 in the past eight years of competition, making it the most successful university in the national competition’s history. 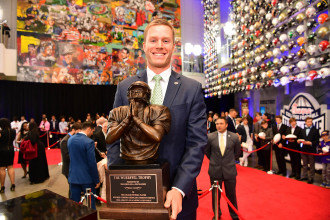 Accountancy graduate student Jon Wassink was named a recipient of the Wuerffel Trophy, known as college football’s premier award for community service. The award is presented annually to the Football Bowl Subdivision player who best combines exemplary community service with athletic and academic achievement. Named after 1996 Heisman Trophy-winning quarterback Danny Wuerffel from the University of Florida, the Wuerffel Trophy has honored over 1,200 nominees since its inception in 2005. 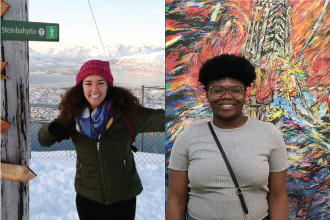 Catherine Lemus and Nijeria Peterson were selected for highly competitive Benjamin A. Gilman International Scholarships, worth $2,000 each, to study overseas during the fall 2019 semester.

Catherine Lemus, a marketing major with a minor in biological sciences, spent the fall semester studying at the BI Norwegian Business School. Nijeria Peterson, a business law major with a minor in global business, studied in South Africa at the University of Cape Town. Both Lemus and Peterson describe their experiences abroad as “life changing” and “truly transformative.”