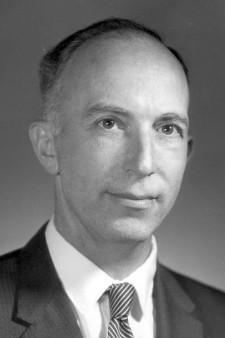 In 1945, a new director joined Western Michigan University's marching band: Leonard Meretta. During Meretta’s 21st year as director of the marching band, the band gained the nickname “Meretta Marauders.” Then, in 1968, Meretta celebrated his 25th year at Western and was honored with the longest conductorship in the MAC. Today, he holds the MAC’s longest conductorship record with a total of 29 years working with the marching band. In his first of 27 years, Meretta held rehearsals in two rooms in East Hall (and later held rehearsal in the East Campus garage) with a budget of $5000. At this time, he used a miniature gridiron, built by a faculty member from the industrial arts program to configure band formations. Once he set the formations, the Western print shop copied and stenciled the formations onto paper. During this time, Meretta arranged the band’s music with the help of three librarians who copied parts for the band. 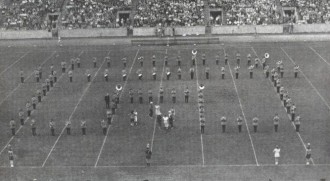 The band forms a square formation for the square-dancing taking place in the center as part of the Homecoming contest in 1948. 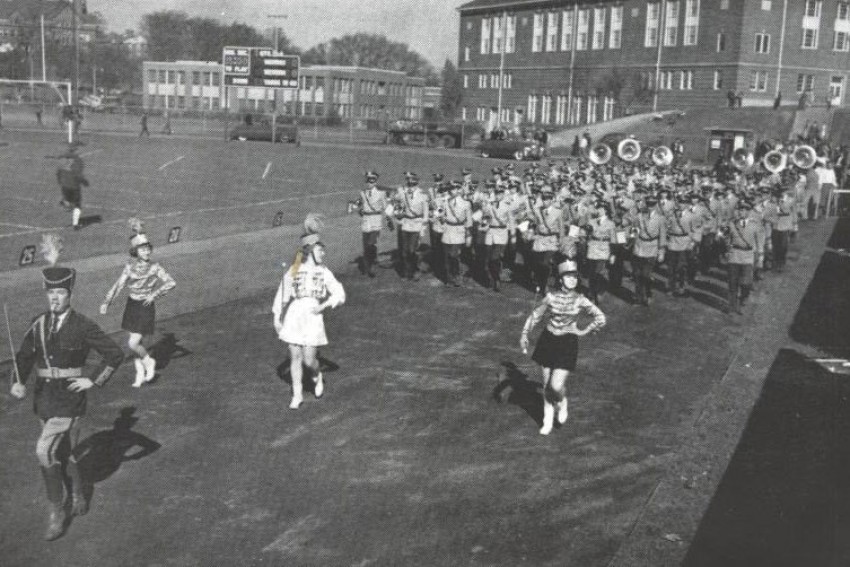 The band marches into the stadium in 1951 led by the drum major and drum majorettes. 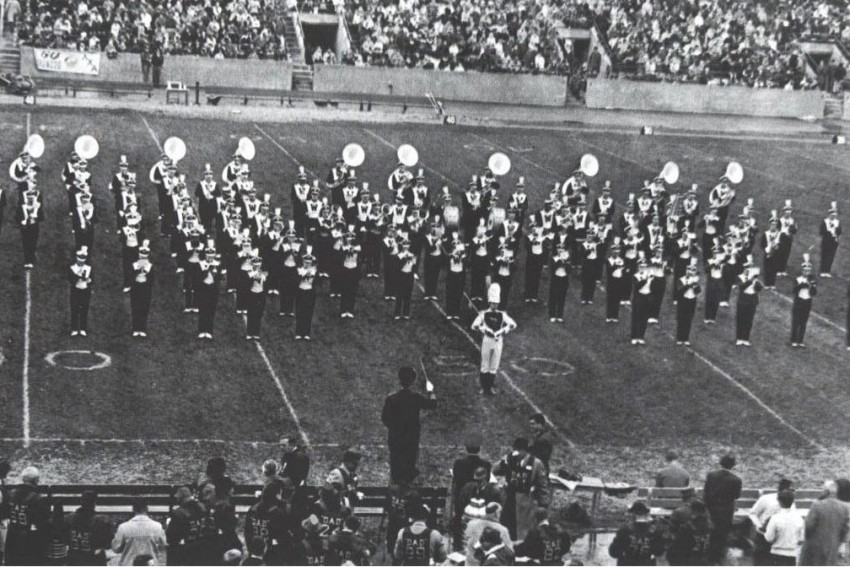 The band performs at halftime in the stadium in 1968.