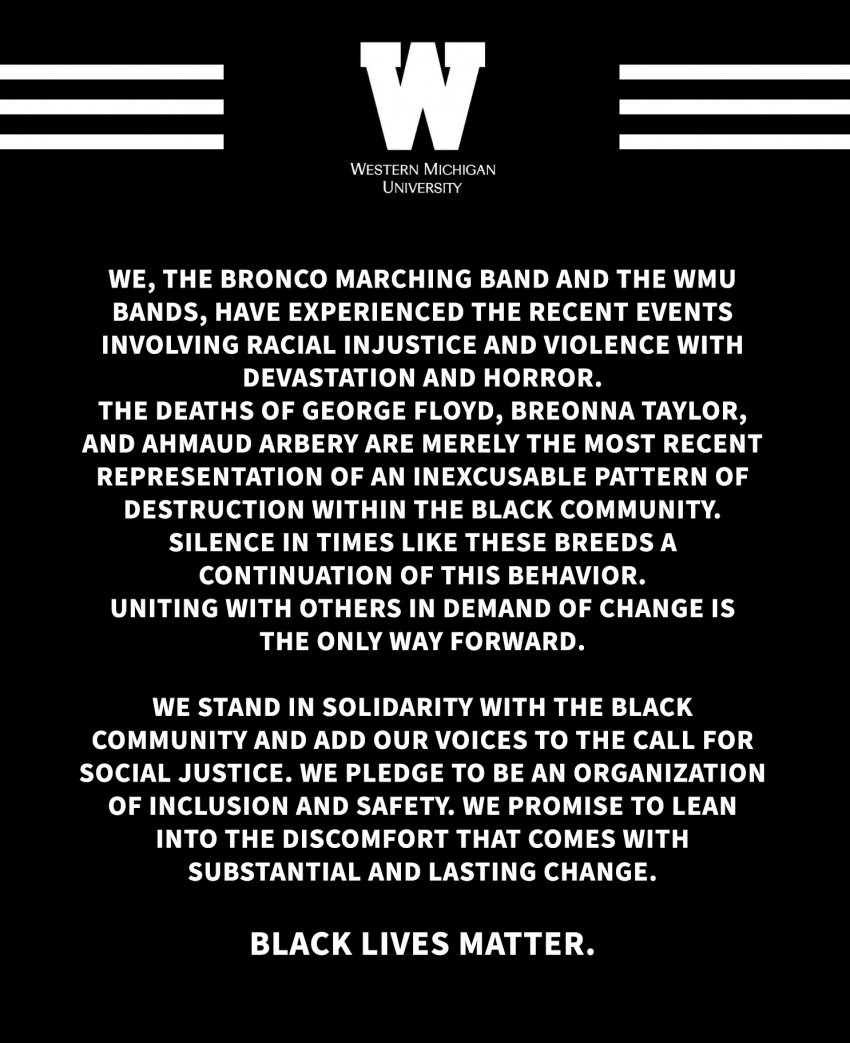 Western Michigan University's Bronco Marching Band, consisting of just under 300 members under the direction of Dr. Trey Harris, is recognized for its excellence in musical performance, fast-paced drill movements, and high energy entertainment. Comprised of students from virtually every academic discipline at the University, the band continues to build upon its strong tradition of musical excellence and first-class entertainment. In addition to the halftime shows for the Bronco football fans at home, the Bronco Marching Band supports our football team on select road trips, regularly performs in exhibition at area high schools and presents its annual “Season in Review” concert at Miller Auditorium on the campus of WMU. The band's performances are met with great acclaim.

Learn more about becoming a member of the Bronco Marching Band