Business fraternity advisor recognized as Advisor of the Year 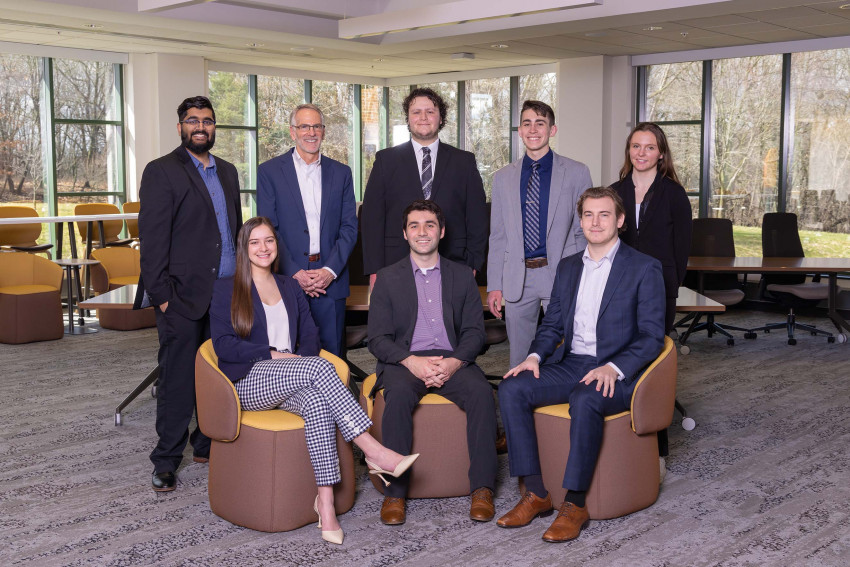 KALAMAZOO, Mich.— Dr. Timothy Palmer, professor of management and director of the Center for Sustainable Business Practices at Western Michigan University , has been recognized by the Delta Sigma Pi (DSP) fraternity as Advisor of the Year for the Huron region. The award, presented at the provincial conference held this spring, recognizes an advisor who has provided exceptional support to their chapter.

Palmer attributes the strength of the chapter to capabilities at all levels of the fraternity. “This chapter is successful in large part because of their leadership. I am honored and humbled to receive this award and am certain that it is because of the hard work and commitment of the students this year.”

“Dr. Palmer is a perfect fit as a chapter advisor. He always has our best interests in mind and will do anything to help us meet our goals. His leadership style is to be a mentor rather than taking an active role in the operations. Instead of micromanaging, he lets us learn by doing. This has really allowed us to understand how to work as a team to strengthen each other and build important skills,” Lewis says.

Palmer says, “I’ve intentionally limited my role in DSP to serve as a resource and advisor, but not an actual participant. My view is that DSP is an organization for the students run by the students. It’s an outstanding opportunity to reinforce all the business skills that the organization aims to develop in its members.”

Service is one of the pillars of Delta Sigma Pi, and Palmer credits the chapter’s commitment to community involvement as another facet that has made the group so strong.

“DSP has partnered with a number of community organizations this academic year, including Habitat for Humanity, Kalamazoo Loaves and Fishes and Family and Children Services. They initiated these activities, which I believe speaks to the dedication and quality of the students involved,” he says.

Lewis echoes the sentiment that teamwork and commitment to a common purpose have directly contributed to the recognition the chapter has received. “These awards aren’t because of one specific person but rather the entire chapter. We worked as a team and held each other to a high standard. If one person was struggling, there were 90 people around them supporting them and helping them along the way.”

Palmer has been involved with Delta Sigma Pi for close to a decade and continues to be impressed every year by the caliber of students who join the fraternity.

“It’s a fantastic group, and I’m honored to have served them for so many years. It’s a privilege to watch the members grow each year, and I’m proud of how they effectively recruit the next generation of members,” Palmer says.

Delta Sigma Pi is the nation’s leading co-ed professional business fraternity. The Epsilon Omicron chapter primarily serves students in the Haworth College of Business at Western and is made up of more than 90 members. Delta Sigma Pi has more than 300 collegiate and alumni chapters and more than 226,000 members around the world.

The WMU chapter has received a number of awards this year, a testament to the hard work of its officers and members. In addition to Palmer being recognized as Advisor of the Year, the chapter won awards for Outstanding Professional Activities, Outstanding Alumni Relations and Most Outstanding Chapter, and national Chapter of Excellence awards.

The executive board of Delta Sigma Pi is committed to providing its members with opportunities to grow as business students. Chapter activities this year included social events with alumni and the first Women in Business conference, allowing members to network and gain varied perspectives on business.