If you're interested in law, public speaking, acting, or you just like to argue, you should give Mock Trial a try. Mock Trial is offered as a class for credit 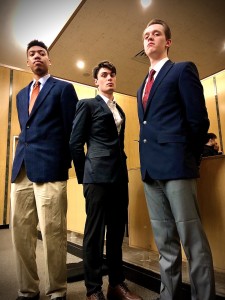 through Western Michigan University's Department of Political Science. Teams typically feature political science majors, students majoring in criminal justice, philosophy, creative writing, and drama, but students from all across campus are eligible. Students can also participate in the group in an extracurricular capacity.

Students in Mock Trial prepare cases and attend tournaments, which helps students learn how to present and refine arguments, use facts and evidence and critically assess claims made by others.

Mock Trial is a co-curricular activity at WMU, which means there is an optional class offering as well as required competitions outside of class. Students who wish to take Mock Trial as a class can register for PSCI 2700 in the fall semester and PSCI 3700 in the spring semester. Being in the class does not necessarily guarantee a spot on a competition team.
If you want to participate in Mock Trial, but can’t or don’t want to take the class for credit, contact Dr. John Clark or visit WMU Mock Trial on Facebook. Anyone on a competition team will be required to attend the weekly class sessions and two or three outside practices each week. 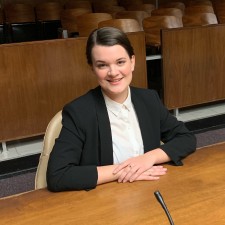 Geared toward undergraduate students interested in learning more about the WMU Mock Trial program, occasional meetings are held where the team presents a mini version of the year's Mock Trial case and visitors act as members of the jury and learn more about Mock Trial. Mock Trial is a great way to prepare for law school, develop your public speaking skills, hone your critical thinking and have a lot of fun. 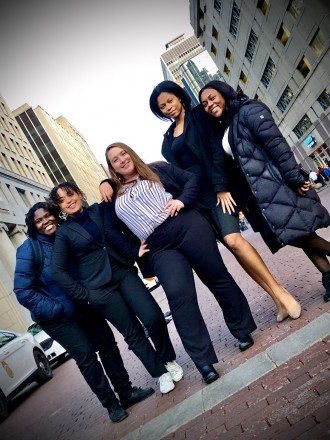 The WMU Mock Trial program was founded in 1999. Dr. Peter Renstrom formed and coached two teams that competed for the first time in the 2000-01 season. In 2007-08 the team was coached by Renstrom's daughter, Joelle, who was assisted by local lawyers including adjunct professor James Geary of Howard and Howard PC. The WMU team has qualified for the national championships in four seasons.

Professor Renstrom and political science supporters of Mock Trial secured funding from various departments and organizations within the University, guaranteeing that the team had funds to travel to several tournaments each academic year. Beginning in fall 2006, Mock Trial was introduced as a for-credit course at WMU. The team includes nearly 20 participants traveling to at least four events each year.