Alumni and friends of the college will be honored for their outstanding professional and service accomplishments during Homecoming week. These individuals serve as a representation of the values of the Haworth College of Business and as an inspiration and example to our students.

This year's recipients will be on campus for an all-college awards ceremony, which will take place on Oct. 15 at 4 p.m. in 2150 Schneider Hall.

Matthew Mace started his company, BlueGranite, during his sophomore year at Western Michigan University. The computer information systems graduate has served as the entrepreneurial leader of the company for 25 years.

Mace approached BlueGranite as an experiential learning outlet, applying programming lessons from WMU coursework to real clients and business problems. He recruited other Western students as interns and eventually full-time employees, growing the practice from a fledgling start-up to one of Michigan’s Top 50 Companies to Watch.

Psyche Terry is the founder and CEO of UI Global Brands, a global manufacturer and nationwide marketer of consumer products for its brands, Urban Hydration, a Black-owned, female-founded beauty brand driven by a commitment to community and giving back and Clean Beauty, a mission-based brand.

A seasoned executive and creative thought leader, Terry has spearheaded or served on boards of directors for more than a dozen mission-based and philanthropic organizations over the past 20 years.

Keith Valentine has more than 30 years of experience in the medical device industry, largely within the orthopedic, neurosurgical, and orthobiologics space. Through numerous leadership and board director roles, he has helped drive pre-revenue or early revenue companies to high-growth organizations approaching a billion dollars in annual revenue.

Valentine serves as chief executive officer, president and a member of the board of directors for SeaSpine Holdings, a publicly traded medical device company focused on spinal implants and orthobiologics. He also serves on the board of directors of SI-BONE, Inc., a publicly traded medical device company, and chairs its nominating and governance committee.

Alvin Hills IV is in the people business. He works for the City of Grand Rapids by day with the mission of connecting local and minority businesses to government spending opportunities. By night, Hills is the co-founder of both Endless Opportunities, a nonprofit empowering his community through mentoring experiences for youth, and The Midwest Tech Project, the only Diversity in Tech organization in West Michigan, focusing on exposing people of color to career pathways in tech.

With his community experiences and expertise, he formed his own firm, Alvin J. Hills IV and Associates, to assist businesses, nonprofits and educational institutions with youth empowerment strategies to increase success and retention.

Kameron Kampen has spent more than eight years at Stryker, excelling in the critical spaces of marketing and sales for the company. He began his career managing one of the largest social media platforms in the med-tech space and onboarding and training new hire sales representatives.

Now, Kampen leads a 10-person sales team in the Great Lakes Region which is currently ranked as Stryker’s #1 region in the United States for the Emergency Care business unit. He was designated as a Marketing Excellence recipient in 2016, recognizing his position as the top marketing team member in his business unit. His impressive achievements in the sales arena netted him three Sales Excellence Vacation Awards, the Rolex Award and two Sales Training MVP designations.

Lashae Simmons II uses her expertise to help the underserved in her community achieve greatness. As a financial advisor, Simmons is passionate about helping young Black professionals reach their financial goals. As her clientele grew, she recognized that many Black-owned businesses were failing due to a lack of resources like investment capital and succession planning.

Thus, she began Black Wall Street Muskegon, an interactive space where business owners can showcase their companies and products, connect with potential customers and network with fellow entrepreneurs. Simmons not only promotes Black-owned businesses in the Muskegon area, she provides financial planning for business owners who may have otherwise had to close their doors during economic hardships.

Christopher Abate serves as chief executive officer and member of the board of directors for Redwood Trust, a California-based financial company focused on making quality housing accessible to all American households. Abate joined Redwood’s team in 2006, serving in multiple positions, including president, chief financial officer and controller.

Prior to joining Redwood, Abate was employed by PricewaterhouseCoopers. He studied finance and accounting at Western Michigan University, and holds MBAs from the University of California at Berkeley and Columbia University. 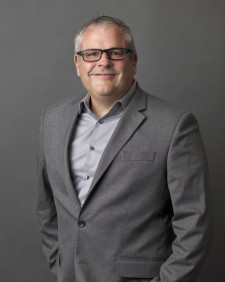 Peter Pearce is a principal in the digital practice of Baker Tilly US, a $1 billion top tier professional services firm. Pearce leads the enterprise solutions and service (ESS) practice area. His team of professionals focuses on implementing and optimizing enterprise-class business systems across a variety of industries. In addition to his ESS leadership role, he leads the firm's mobility and transportation industry practice.

After graduation, Pearce joined a tier-one automotive company where he spent several years learning the aspects of modern business enterprise and operating in various roles, including engineering, materials management and information systems.

John Dankovich is a partner in the wealth coaching firm of MKD Wealth Coaches LLC in Troy, Michigan, which provides both investment management services and philanthropic coaching services to individuals and families.

Dankovich has more than 30 years of experience working with owners of private companies and families. He has served in various professional roles including as a certified public accountant, a planned giving advisor committee member for Karmanos Cancer Institute, and an attorney specializing in taxation, estate planning and closely held corporations, and was even featured on the Oprah Winfrey Show to discuss teaching children about financial literacy. 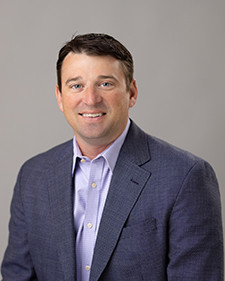 Robert Naugle Jr. and his wife Anne have been tireless advocates for the successful employment of transitioning military veterans since their own active duty ended in 2010. Moved by the events of 9/11, Naugle enlisted in the U.S. Army after graduation. Stationed in Fort Lewis with the 1st Special Forces Group (Airborne), he later attended the Army’s Officer Candidate School and fulfilled operations and assignments both nationally and internationally.

As he transitioned into the private sector, Naugle recognized the gap in employment and lack of comprehensive services for veterans and their families. He and his wife, an Army helicopter pilot retiree, founded RallyPoint/6 (RP/6)—a nonprofit focused on serving transitioning troops and families and connecting them to the right service provider in their respective communities. RP/6 and the USO joined forces in January 2017 and are now scaling services at USO sites globally. 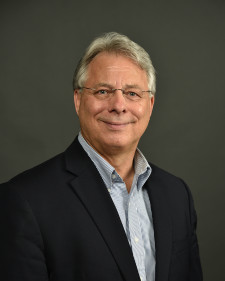 Frank Gambino has been a staple of Western Michigan University’s food and consumer package goods marketing program. During his 37-year tenure at the University, Gambino helped build the program in the Haworth College of Business. Housed within the business college since 1989, the major has become nationally recognized, with its students being awarded more than $3.5 million in scholarships and going on to claim positions with the top companies in the food marketing industry.

Gambino helped grow the annual Food Marketing Conference from a small regional event to a large, national conference, attracting some of the biggest names in the industry. In 2020, the conference recorded its highest attendance to date with more than 1,000 participants. 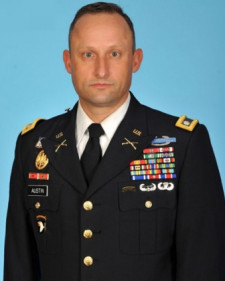 Colonel Arieyeh Austin is a 1997 distinguished military graduate of Western Michigan University where he commissioned in the infantry and received a bachelor’s degree in education with an emphasis in history. He has also received a master’s degree in human resource management and administration from Central Michigan University and another master’s degree in operational art and strategy from the School of Advanced Military Studies in Leavenworth, Kansas. He is a graduate of the Command and General Staff College, the Combined Arms Staff and Services School, the Infantry Officer Advanced and Basic courses, and the Mechanized Leaders Course, and has earned the U.S. Army Ranger Tab, Airborne badge and Air Assault badge.