Finishing the Job: From Paint Shops to Family Legacies 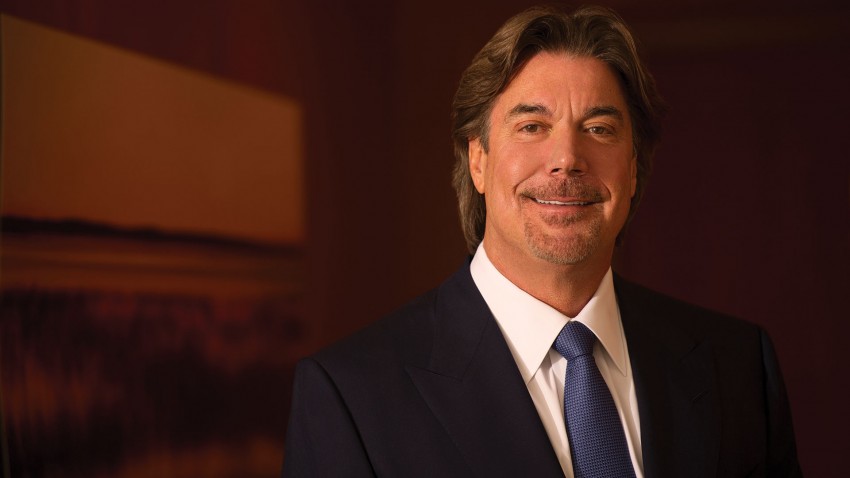 Imagine stepping into a facility that is a million square feet. You see 40 million pounds of steel, equipment, robots flawlessly painting vehicles, and advanced systems specifically designed to clean the air. Many of us have never been inside a facility like this, but for the employees of Gallagher-Kaiser, it’s all in a day’s work, as the company sets the pace for its industry.

Gallagher-Kaiser is the world’s premiere paint finishing company. Robert Kaiser, B.B.A.’78, owner and chief executive officer, leads the organization and relishes the complexity of the work. The company’s expertise in engineering, procurement and construction allows GK to build the most technologically advanced paint shops available today.

“We design, fabricate and build the automotive plants that paint your vehicles,” says Kaiser. “Our expertise also extends beyond the automotive industry, as we have done work in aviation, aerospace, hospitality, government, manufacturing and power.”

In 2010, Gallagher-Kaiser acquired Universal Piping Incorporated and is now one of the leaders in the mechanical piping industry. Together, GK and UPI are able to design, fabricate and install the components for their own projects as well as those of others.

Setting goals is in GK’s DNA, and the company has achieved several significant milestones.

Gallagher-Kaiser clearly has something special.

At one point, there were more than 30 companies in the paint finishing industry poised to serve large, commercial customers. Today, only a handful of companies remain.

What has helped GK evolve and continue to grow its success?

“Your people are always your most valuable resource,” says Kaiser. “I believe in building the best team, surrounding myself with people who may have different skills than I do but who share the same values. From sales to engineering to operations, we share a passion for innovation and an unwillingness to accept complacency.”

Working through challenges in order to have breakthroughs—that’s how days are spent at GK. Yet this sort of innovative atmosphere is only possible if there is trust. “I trust our leadership to make the decisions that are best for our customer and our company,” says Kaiser. “A leader needs to listen to input and value ideas. We challenge and respect one another, and we rely on each other. If you can’t trust your team, then you can’t win.” 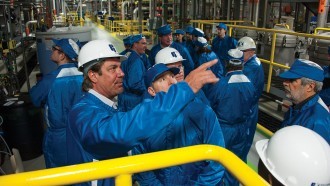 That trust is an important part of the company culture, which Kaiser describes as open, fair and transparent, and it is critical to another core company value: safety. “It’s important to remember that without our commitment to sending every employee home safe every day, our successes would not be possible. At every level, safety is everyone’s full-time job. And trust in the team and our protocols is what makes us safe.”

For Kaiser, his company’s success is important, but what is even more meaningful is the impact that GK has on individuals and families. “I believe our company’s success, and in turn my own, can be measured by all the employees who are able to provide for their families because of their employment with the company. As GK has grown, we’ve been able to employ more people all over the world.”

Kaiser honed many of the skills he uses as a CEO in his career in competitive offshore powerboat racing. “My racing career taught me how to be a competitor,” says Kaiser. “You can’t just give 100 percent, because your competitor wants the win too. You have to work harder, be faster and give 110 percent.”

Racing taught Kaiser the value of being intuitive. “I had to perform in a way that anticipated my opponent’s moves while never forgetting that the water is the most powerful component of any race. The ocean, like business, is forever changing. Setting up your boat mechanically, developing the strategy for a 170-mile race and competing against the best in the world, was not easy, and it helped further develop a work ethic instilled in me by my father.”

Fourteen years on the national circuit drove the concept of humility home many times for Kaiser. “You don’t always win, but the next race is only weeks away, and you have to strive to win again.”

Communication and trust were also key. “There were two of us in the boat going approximately 140 miles per hour. Racing the most powerful boats in the world on one of Mother Nature’s most powerful resources taught me how to rely not only on myself but also on someone else, like my lifelong throttle man, Errol Lanier. Errol and I had to be two men working as one. We had to communicate effectively not only because we wanted to win, but because our lives depended on it.”

Your past impacts your present—this is true in terms of the leadership potential that racing developed in Kaiser, and it is something that the owner of the multi-generational family business knows well. 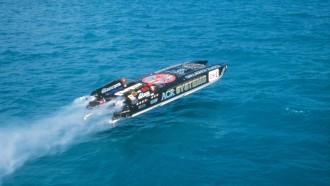 “My brother Joe and I have always shared the same endless enthusiasm for the future that my father had when he started GK. Dad is our hero and embodies the American dream in our eyes. Upon returning from the service, he started the business and worked hard to provide for our family. At 97 years old, he still asks about our current projects and offers advice. It makes me proud to have grown the company into a world leader.”

Kaiser’s mother and sister have been integral parts of keeping the business moving forward, tirelessly acting as a vital support system for generations of the business’s leaders. “From my mother typing the first quote for GK, to her witnessing the company win multiple GM Supplier of the Year Awards, she has always been by our side.”

When Kaiser’s father retired, his brother Joe became the president, and Kaiser served as executive vice president. “Joe is the best brother, friend and business partner I could have ever asked for. He taught me everything from how to throw a baseball to how to run a company,” says Kaiser.

Joe’s son, Joe Kaiser V, is now the president of UPI. Living and working within the industry his whole life, he has a unique perspective that combines the company’s history with its future. 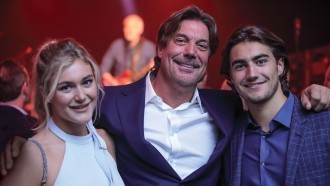 “I believe my brother and I had a responsibility to make our father proud,” says Kaiser. “Today, as sole owner of GK, I feel the responsibility to also make my children proud. My son has my competitive spirit in sports and is a successful United States Hockey League player for the Muskegon Lumberjacks. He has committed to play Division 1 hockey for the University of Massachusetts Amherst. My daughter is equally competitive and has incredible business acumen and creativity, attending Parsons School of Design in New York City. I want them to be proud of our family legacy. Your family is so much a part of your business, and your business impacts your family; the two will always be linked for me.”

Kaiser and his brother also created an extended family through the employees of their organization. “We have employees that have been with us for over 40 years. We’ve grown up together in a sense. I owe our past and current employees, many of whom have dedicated their lives to GK, because without them GK wouldn’t be where it is today.”

Editor's note: Joseph Peter Kaiser III, founder of Gallagher-Kaiser, referenced throughout this article, passed away on June 5, 2018, at the age of 97.