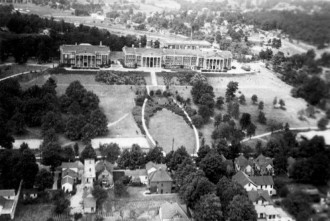 Seven years after the department changed its name to the Department of Speech, the addition of a speech major and minor expanded the Western State Teachers College catalog. During this expansive 52-year time frame, the department went through many changes, additions and developments:

Department of Communication Arts and Science (1970-87)

The department changed its name in 1987 to better encompass the cross-disciplinary nature of the communication field, in general, and to better define the breadth of courses and majors available to students.

Our new name, School of Communication, provides a level of visibility and recognition that benefits our students, alumni, faculty and emeriti while helping to expand our programs and spotlight the College of Arts and Sciences and WMU.

Each of our name changes has been a reflection of the changing nature of our department, its programs and our philosophy. Our latest change acknowledges our strengths, raises our prestige and accurately reflecting the quality, size and complexity of our department as it entered the 21st century.