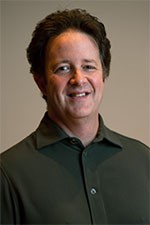 Adams has received recognition for his music through numerous awards and fellowships, including those from the American Academy of Arts and Letters, ASCAP, and the Society of Composers Inc.

He has been commissioned by and received performances from many prominent ensembles throughout the country, including the Memphis Symphony, the Tulsa Philharmonic, the Albany Symphony, the Louisiana Sinfonietta, Sequitur, and the Dogs of Desire, a multimedia ensemble dedicated to the music of emerging composers.

His compositions draw on both classical and popular musical elements and have been described by the Cleveland Plain Dealer as "effectively integrating the physicality of rock with the structure of classical music." His works have been recorded on Koch International Classics and Albany Records labels.

Before coming to Western Michigan University, Adams taught composition at the Oberlin Conservatory and The University of Michigan. He has had residencies and fellowships at the MacDowell Colony, the American Conservatory in Fontainebleau, France, the Aspen Music Festival Center for Advanced Composition Studies, and the Charles Ives Center for American Music.