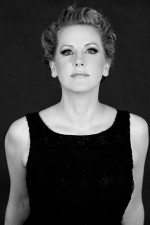 Martha Councell-Vargas enjoys an exhilarating career as a solo and chamber flutist, teaching artist, and scholar. She has performed as a soloist and chamber musician in Central and South America, Europe, China, and across the United States.

With a scholarly and artistic specialization in the music of Latin America and the Caribbean, she has been featured as a guest artist in the Festival Internacional de Flautistas in Lima, Peru; the Convención Internacional de Flautistas en el Centro del Mundo (Quito, Ecuador); in Panamá City, Panamá under the auspices of the Asociación Nacionál de Conciertos; in Tegucigalpa, Honduras at the Escuela Nacional de Música; and in Buenos Aires, Argentina. She was recently featured as guest teaching artist at the first annual Seminario de Pedagogia e Interpretacion en la Flauta Traversa, which took place at the Conservatorio Nacional de Colombia (Bogotá).

In 2011, Councell-Vargas received a grant to travel to Havana, Cuba, where she researched the Cuban flute tradition, research that was inspired by her study, performance, and doctoral scholarship on Paquito D’Rivera’s flute concerto, Gran Danzón. This research was subsequently published in the Flutist Quarterly, Journal of the National Flute Association.

She has performed across the United States in recital and concerto appearances, as a soloist with the Hartford Symphony Orchestra, Northwest Iowa Symphony Orchestra, and on the Dame Myra Hess Memorial Concert Series at the Chicago Cultural Center. In 2008 she was invited by the National Flute Association to perform as a featured guest artist in a New York City tribute to composer Paquito D’Rivera.

Councell-Vargas holds degrees from the Oberlin Conservatory, Rice University Shepherd School of Music, and a Doctor of Musical Arts from the University of Iowa. Currently, she is an associate professor of flute at Western Michigan University.