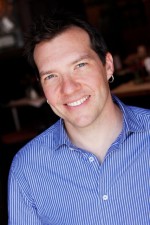 Keith Hall is the professor of jazz drum set at Western Michigan University and over the years he has established himself as a joyful performer and a passionate educator.  Since 2002, Keith has spent a fair amount of time with singer Curtis Stigers.  He has toured throughout the U.S. and much of Europe performing in concert and appearing on numerous television and radio shows.

Keith lived in New York for 8 years where he gained valuable experience on the New York jazz scene, he was also a regular sub on Broadway’s ‘Lion King’, served as the Director of Music at Faith Exchange Fellowship and adjunct faculty at New York University.  Keith has recorded with many artists including Curtis Stigers, Grupo Yanqui, Tom Knific, Jeff Haas, Mind’s Eye, Steve Talaga, Vanessa Trouble, Kate Reid, and his own projects including Tri-Fi, The Groov’tet, The Keith Hall Quartet and a trio with Bennett Paster & Greg Ryan.

He teaches privately in his home studio as well as serving on the jazz faculty at Western Michigan University teaching jazz drum set, drum choir, coaching combos, jazz appreciation, non-Western music and entrepreneurship workshops.  He has taught at jazz camps around the U.S., has presented drum clinics around the region and is the director of the Keith Hall Summer Drum Intensive. He is also the author of Jazz Drums Now!  Vol. 1, an instructional book for jazz drum set students and educators.  He has brought his ‘Jazz is Our Music’ program to many public schools around the state and recently presented ‘What If You Thought Like a Jazz Musician’ to Stryker Corporation and the Catalyst 2013 leadership conference in Kalamazoo.

Born and raised in Battle Creek, Michigan, Keith holds a Bachelors Degree in Jazz Studies from Western Michigan University and a Masters Degree in Jazz Studies from Queens College in New York.  According to JazzPolice.com “He has the chops and fuel to hit the afterburner zone”, and Modern Drummer Magazine says  “Hall has  a nimble, grooving, and ‘melodic’ touch.”  He is a proud endorser of REMO Drumheads, Vic Firth Drumsticks, Yamaha Drums, Zildjian Cymbals, Rhythm Tech and Protection Racket Drum Cases.