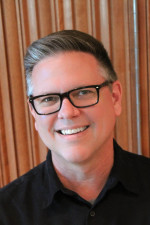 Keith Kothman is a composer, sound artist, electronic musician, and educator. He grew up playing clarinet and saxophone until he made a turn towards the mesmerizing world of electronic sounds as a college student at the University of Texas. He was awarded an Honorable Mention for Interludes at the 31st annual Bourges Electroacoustic Music Competition, and recordings of his music are available on the Capstone, Cambria, and New Albany labels. He has served as Director of the School of Music at Montana State University, and as a faculty member at Ball State University and the University of Miami. Recent work has focused on live-performance electronic music involving laptop, iPad, various MIDI controllers, and LittleBits synthesis modules. Scholarly interests include the aesthetics of modernism and postmodernism, the sociology of music, technology and culture, and the later works of Morton Feldman.

Kothman’s Ph.D. in Music came from the University of California, San Diego. He received his B.M. and M.M. degrees from the University of Texas at Austin. Principal composition teachers have included Roger Reynolds, Russell Pinkston, Joji Yuasa, and Lars-Gunnar Bodin. While at UCSD, Kothman studied aesthetics and the sociology of music with Jann Pasler and George Lewis.