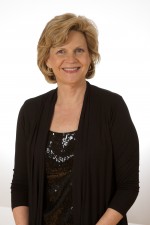 Mary Land is the Associate Professor Music Education at Western Michigan University. Prior to this appointment, she was Director of Bands and Instrumental Music Education at Young Harris College in Young Harris, Georgia. Before those positions, Land was a public-school band director in Georgia. She received her Educational Doctorate from the University of Georgia. Land received her Bachelor of Music Education degree from the University of Georgia and her Master of Music Education degree from Vandercook College of Music in Chicago, Illinois. She has served the Georgia Music Educators Association in various state and local offices. Land is currently the immediate past president of the Georgia Music Educators Association and the former CNAfME state chair. Land serves on the Board of Directors for the Midwest International Band and Orchestra Clinic and is a member of the Zeta Chapter of Phi Beta Mu International Bandmasters Fraternity She continues to make numerous appearances as adjudicator, conductor, and clinician throughout the United States and has recently joined the Conn Selmer Division of educational clinicians. Her professional affiliations include: MSBOA, NAfME, IAJE, CBDNA, and Delta Kappa Gamma Society International Professional Teacher Association. Land is a member of the National Band Association and has served as a national representative on the NBA executive board of directors. Land is also on the faculty of the prestigious Interlochen Arts Camp as the conductor of the Intermediate Division Wind Symphony and conductor of the Interlochen Faculty Brass Ensemble.

Many professional awards and recognitions have been awarded Land during her career. She has recently been presented with The Distinguished Alumni Award from the Vandercook College of Music. Land has been featured in many issues of the Instrumentalist magazine discussing her teaching techniques and her band program in the public schools and her band program at Young Harris College. She has been presented the National Band Association Citation of Excellence on twelve separate occasions and has been presented the Women Band Directors International Scroll of Excellence five times. Land was awarded the GMEA Music Educator of the Year Award for 2012 and was presented with the John Philip Sousa Foundation Legion of Honor Awardat the 2012 Midwest Band and Orchestra Clinic for her contributions to music education. Land was selected by the national publication School Band and Orchestrain their December 2013 issue as one of “50 Directors Who make a Difference”. Land’s band program was the recipient of the Georgia Senate Resolution 212 commending the success of the Pickens County School Band Program. Land and the Pickens County Middle School Band were the recipient of the Magna Cum Laude Award, a prestigious International Award for Middle School Bands.

Land is published in the journals for the National Band Association, The Instrumentalist, Teaching Music (NAfME), School Band and Orchestra Journal, and the GIA series Teaching Music Through Performance in Band. Commissioning projects include works by Sam Hazo, Bill Locklear, Barry Kopetz, and Christopher Tucker. Bands under Land’s direction have received invitations to perform at many music conferences and clinics.