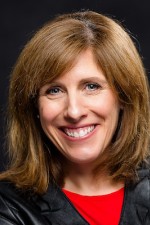 Lori Sims received the first prize gold medal at the 1998 Gina Bachauer International Piano Competition. Other prizes include first place co-winner of the 1994 Felix Bartholdy-Mendelssohn Competition in Berlin and winner of the 1993 American Pianists' Association Competition with outstanding distinction from the jury.

She has performed throughout America, Europe and China, including the Israel Philharmonic, the Utah Symphony, the Indianapolis Symphony, the Spokane Chamber Orchestra, the Kalamazoo Symphony and the NordDeutsche-Rundfunks Orchestra.

Sims was the first local artist to be featured at the Gilmore International Keyboard Festival (2000) in Kalamazoo, Mich., and her Alice Tully Hall debut (2000) met with critical acclaim from the New York Times.

Her teachers include Leon Fleisher, Claude Frank, and Arie Vardi.

At the Yale School of Music, she was awarded the Dean's Prize for most outstanding graduate student at the School of Music and she was the recipient of a two-year fellowship from the Deutsche Akademische Austauschdienst.

She is the John T. Bernhard Professor of Music at Western Michigan University, where she teaches piano and lectures in accompanying and keyboard literature. Prior to her appointment at Western, she was a visiting assistant professor at the University of Illinois. During the summer, she is an artist-teacher at the Eastern Music Festival in North Carolina and the Internationale Konzertarbeitswochen in Goslar, Germany.