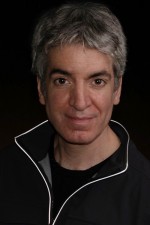 Bill Davis is an associate professor of art at Western Michigan University's Gwen Frostic School of Art where he teaches in the photography and intermedia program.

He earned his M.F.A. in 2004 from The Tyler School of Art and has a B.F.A. from Ohio University (1993). In 1994 Davis accepted the invitation to shoot and print in Prague with Pavel Banka. The following year, he exhibited in The Ljubljana Photo Festival and received a stipend to lecture in Bretton Hall at the University of Leeds. From Prague, he helped launch Ohio University's study abroad program, and traveled to assist on location in Venice.

From 1995 to 1996, Davis was appointed to teach and translate American Photo History into Czech for the Umelckoprumyslove Academy. While living in Prague, he participated in many one-person and group exhibitions. In 1996 Davis returned to the U.S. to teach at Antonelli College in Cincinnati. He received a stipend in 1998 from the Australian Arts funding body for a two-year regional solo tour at the Orange, Salamanca and Tweed River art centers, as well as the New England Regional Art Museum in New South Wales. In 1999 he exhibited as a sister-city cultural delegate with the mayor¹s commission to Kharkiv, Ukraine. The following year he exhibited at The Huntington Museum of Art and traveled to exhibit additional work in a solo exhibit at the University of Leeds, England. In 2004 Davis received a stipend from the Tyler School of Art, Temple University, to co-curate regional work from the Art and Industry Institute of Kharkiv with the director of the Ukrainian Museum of Photography.

Davis has received numerous awards and is an active member of three professional organizations, including the Oculus Photographic Arts Group, of which he is a co-founder. His work can be found in the permanent collections of the University of Louisville Photographic Archives, Cone Editions Press-Vermont, the Ukrainian Museum of Photography and the Czech Guild of Art and Ceramic Design.