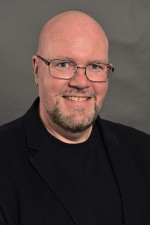 Paul Sizer is an assistant director of the design center at Western Michigan University's Gwen Frostic School of Art. He graduated from Western Michigan University in 1988 with a B.F.A. in art with an emphasis in graphic design. After working at several in-house design departments in the Kalamazoo area, Sizer began working as the production manager in the design center in 1992.

In 1992, Paul also began his own design business, Sizer Design + Illustration, and after 20+ years is still kept busy with a variety of national and international design clients. He has worked with international music star Thomas Dolby on his "A Map of the Floating City" album design and promotion and has designed sports identity systems for multiple schools, including WMU, Kalamazoo College and the Kalamazoo Wings Hockey Organization. He has designed beer line identities, video game concepts, poster designs and book designs, and has worked with a group of prominent UK musicians on the concept/characters and set designs for a large scale musical. He also teaches comic art workshops for kids and adults around the country, and has exhibited his artwork and design around the world.

In 2005, Paul started his own publishing company, Café Digital Studios, to produce and distribute his own graphic novels. He has published three graphic novels to date—The Little White Mouse Omnibus Edition (2006), Moped Army (2005) and B.P.M. (2008), and has helped multiple other publishers with design and illustration work for their projects. 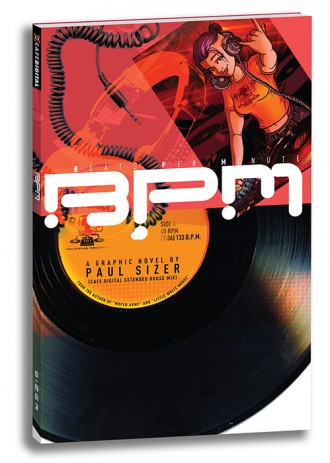