Clarinet Professor Ellen Breakfield-Glick with Music in the American Wild

The COVID-19 pandemic has found the faculty at the School of Music continuing to contribute prolifically to the betterment of the arts and community. In a survey of faculty members in the unit, nearly 40 creative projects had been completed including music compositions written and performed, albums recorded and released, lectures and clinics presented, scholarly papers published and book deals secured, in-person camps pivoted and held virtually, concerts presented and many collaborations planned.

The Western Brass Quintet, including Scott Thornburg, Robert White, Lin Baird and Jacob Cameron, recorded and issued a new album titled "The Better Angels of Our Nature" on the Summit label, including the album's namesake commission by faculty composer, David Colson. 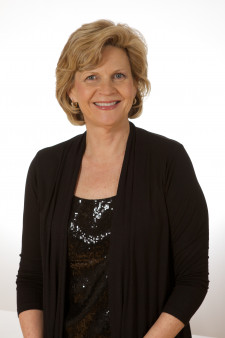 Music education faculty Mary Land presented the keynote address to the Ohio Music Educators Association Collegiate Division at the OMEA annual conference in Cleveland, Ohio. She also presented four clinics at the Michigan Music Conference held in Grand Rapids. Land was invited to conduct the California All State Band and the Virginia All State Band; both events will be rescheduled as virtual. Land taught sessions at the virtual Conn Selmer Institute this summer including topics on rehearsal planning, inclusion in the music classroom, connecting with your students BEFORE correcting, and repertoire selection for young bands.

Composer David Colson was a finalist in the American Prize Composition Competition/ Instrumental Chamber Music for his saxophone quartet, Dionysian Mysteries. His newly completed "Cat Tales" for soprano saxophone, clarinet and piano was performed at the International Saxophone Conference and various other venues.

Music history faculty Cristina Fava received an advanced contract with University of Illinois Press for her book, "The Socio-Political Appeal of Music: New York City in the 1930s" (Expected year of publication 2022). 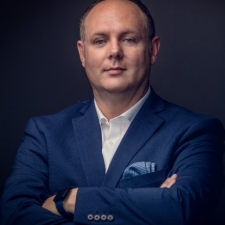 Ed Roth, professor of music therapy, co-authored “Examining the functionality of the MATADOC (music therapy assessment tool for awareness in Disorders of Consciousness) With the CRS-R (coma- recovery scale-revised): A pilot study”. The paper was published in Oxford Academic Journal of Music Therapy. 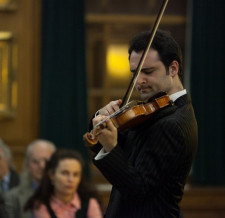 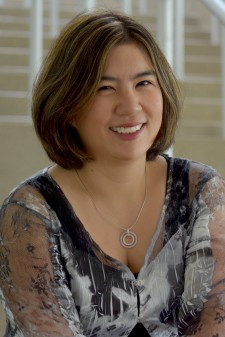 Piano faculty Yu-Lien The virtually presented her lecture “Do You Hear Me? Examining Racial and Cultural Biases and Microaggressions in the Modern Classical Music World” at the Kalamazoo Music Teachers Association in February 2020 and at the Chicago Music Teachers Association in September 2020. A digital release of Carter Pann's "Sonata for Saxophone and Piano" with highly acclaimed saxophonist, Joe Luloff, became available on Blue Griffin Records in March 2020.

Cello faculty Bruce Uchimura appeared at the Nevada School of The Arts Virtual Cello Intensive July 13-16, where he was guest clinician and gave virtual master classes, technique classes and virtual performances. He also gave a masterclass at the International Cello Institute titled "The Etudes of David Popper."

Composer Christopher Biggs had three works performed since April 2020: "Imprints in Time" at the University of Wisconsin-Oshkosh, "Recombinant Serenade" at Columbus State University and "Monstress" at the SEAMSUS 2020 Conference at the University of Virginia. For the upcoming virtual SPLICE FESTIVAL IV, for which he serves as director, Biggs has compiled and edited three concerts, and created a recording via remote networked performance which will feature live improvised electronics. The improvisation system he programmed is the culmination of a substantial research project.

Saxophone faculty Andrew Rathbun released two CDs, including "Northern Noir" with pianist Ran Blake on the Steeplechase label and Impressions of Debussy, produced by Grammy-award winner Judith Sherman and done in collaboration with current and former WMU School of Music faculty members Lori Sims and Jeremy Siskind, respectively. Issued on the Centaur label, the critically acclaimed CD has been nominated for a Grammy in the Classical-Small Chamber Music/Small Ensemble category. 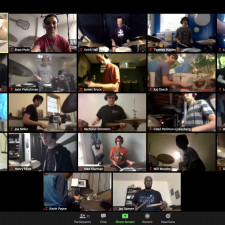 Jazz Drums Professor Keith Hall leads his Summer Drum Intensive with students and guest artists from around the country.

Jazz drum faculty Keith Hall presented the 14th Annual Keith Hall Summer Drum Intensive “Online” for two weeks in June with faculty and students Zooming in from around the country. He also launched The Real Music Talk Podcast in September. This features interviews and inspiring stories from educators, performers, audio engineers and other music professionals.

Voice faculty Carl Ratner is currently collaborating with Chicago's Bellissima Opera/Working in Concert in developing a new opera, "On Call: Covid-19." The opera is intended to be presented in a joint world premiere with a professional cast by Bellissima Opera and by a student cast at Western Michigan University in the Spring of 2021, both of which he will direct.

Exploring the impact on health care workers of the pandemic, the opera can be presented entirely live or entirely online or a combination. The composer is David Shenton and the librettist is Christine Steyer. Ratner will also appear as a performer with Bellissima Opera/Working in Concert in the world premiere of Future Perfect in Chicago in the Summer of 2021. He is scheduled to direct Giuseppe Verdi's "La Traviata" with South Bend Lyric Opera in the Spring of 2022. An engagement to direct and sing in a production of Gian Carlo Menotti's "Amahl and the Night Visitors" with the Kalamazoo Symphony has been temporarily postponed due to the pandemic. 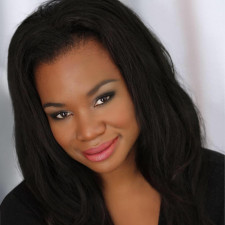 Recently appointed a tenure-track position, voice faculty Rhea Olivaccé was the featured artist in the opening concert of the Kalamazoo Arts Council's 2020 Summer Series. She also made her debut with Farmer's Alley Theatre as performer and dialect coach in a production of "Three Little Birds" in collaboration with Face Off Theatre and the Black Arts and Cultural Center.

Multimedia Arts Technology professor and composer Carter John Rice was selected to have his piece Ink Spots (2019) performed online at the Society of Electroacoustic Music in the United States (SEAMUS) and the Turn Up Multimedia Festival at the University of Arizona. 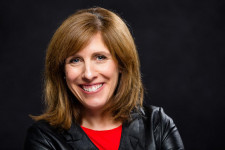