In Memory of Michael Braun

Celebration of life and visitation 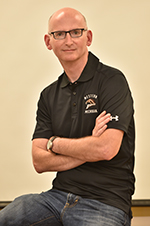 Michael Braun’s life was celebrated on Saturday, September 8, 2018 at Langeland Funeral Homes. The family requested that donations in Michael's memory be made to the WMU Department of Spanish.

Checks should be made payable to the "WMU Foundation" with "in memory of Michael Braun" in the memo line. Or use the “MyWMU” online link to the Memorial Fund for professor Michael Braun.

Here is a link to a blog, organized by students, honoring Michael and how he impacted their lives. Any student may wish to contribute your own thoughts and feelings on this blog. 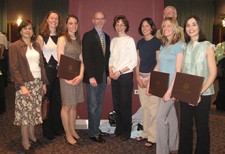 Professor Michael Braun was an alumnus of the Department of Spanish at Western Michigan University (B.A. ‘90, M.A. ‘92), where he had studied with professors John Benson, Jorge Febles, Robert Felkel, Robert Griffin, and Carolyn Harris, among other faculty, who later became his colleagues. He then taught Spanish at the secondary level for twelve years in Portage Public Schools, where he became known as one of the best high school teachers in the Kalamazoo area. While in Portage Public Schools, Michael helped establish the International Baccalaureate Certification for a second language.

Michael began teaching at WMU as an adjunct professor in 2001, was hired as a faculty specialist in 2004, received early tenure in 2008, and was promoted to master faculty specialist in 2010. He was known for his work with the Michigan Department of Education and his prize-winning, immensely popular presentations at the Michigan World Language Association. Among the many honors Michael received were the College of Arts and Sciences Teaching Excellence Award in 2016, the Michigan World Languages Association Barbara Ort-Smith Award for Outstanding Contributions to World Language Education in 2017, and the 2018 WMU Distinguished Teaching Award, the highest honor WMU bestows for teaching excellence, which Michael’s brother Jim will accept on his behalf at the 2018 Fall Convocation Ceremony set for Sept. 14 at WMU. 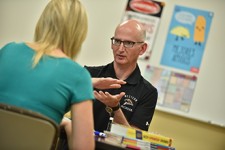 A beloved professor, and one whom many students describe as their most influential teacher at WMU, Michael remained an innovator. He mentored countless students in the Spanish Education major, shepherding them through their preparations for the Oral Proficiency Interview, a difficult test that is key to their accreditation. He developed the advanced course “Modern Language Instruction” to prepare secondary teachers and the intermediate course “Spanish for the Professions” to prepare students headed for other careers. He substantially revamped and left his indelible mark on the department’s course in Spanish Conversation, which he approached as a coach, encouraging students to expand their communicative skills while simultaneously encouraging colleagues and graduate teaching assistants to move to a student-centered pedagogy. 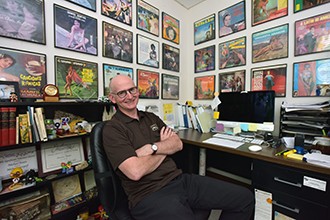 Many of the materials he developed for this course were selected for inclusion in the Advanced Placement Spanish Language Teacher’s Guide, a sourcebook used annually by thousands of Spanish teachers nationwide. The coursepack he wrote for “Modern Language Instruction” became the outstanding book-length text "So You Wanna Be a Spanish Teacher: A Practical Guide for Your Internship and Those First Few Years," which presented practical advice on every aspect of teaching with the light-hearted humorous touches that Michael was so well known for. His office, too, was decorated to convey a warm welcome to all, and students were almost always to be found sitting on the small black couch opposite his desk, talking with him. 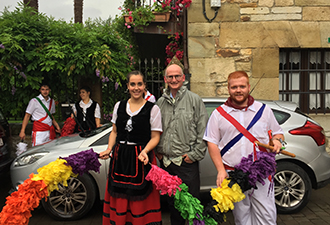 Michael had traveled extensively in Spain and Mexico and was a major advocate for study abroad. He directed the Spanish department’s study abroad program in Burgos, Spain for several years, even producing a "Guide to the Study Abroad Experience" for students and their families. He truly loved Spain. An admirer of the Spanish poet Gustavo Adolpho Bécquer, Michael made a point of visiting locations Bécquer wrote about, even calling these pilgrimages his “ruta de Bécquer.” Michael was a born teacher. Above all, he was a lovely, generous person with a quick wit. We in the community of faculty, staff, students, and alumni of Department of Spanish, like all those who knew him, will miss him more than we can say.