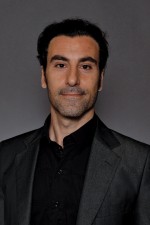 Dr. Natalio Ohanna is an associate professor in the Department of Spanish and affiliated faculty in the Medieval Institute and in the Global and International Studies Program at Western Michigan University. He is also a co-founder of the University Center for the Humanities.

Ohanna studied at the University of Buenos Aires, The Hebrew University of Jerusalem and McGill University, where he completed his Ph.D. in Hispanic Studies with a dissertation titled "Among Muslims, Renegades and Indians: Spanish Narratives of Coexistence in Foreign Lands." He specializes in Spanish Golden Age and Spanish American colonial literatures, with a focus on the intellectual history of the Early Modern period, the cultural triangle of Europe, Africa and the Americas in struggle and exchange, the discursive configuration of the East and the New World, Spanish humanism during the Counterreformation, and the social and political meanings of cross-cultural plays and narratives of travel and captivity. His scholarly work has been published in professional journals such as Hispanic Review, Anales Cervantinos, Hispanic Journal, Cervantes: Bulletin of the Cervantes Society of America, and Bulletin of Hispanic Studies. His book, "Cautiverio y convivencia en la edad de Cervantes," was published by Centro de Estudios Cervantinos, sponsored by the Spanish Ministry of Education, Culture and Sports, the Autonomous Community of Madrid, the City of Alcalá de Henares, and the University of Alcalá. He recently published the first critical edition of “Los cautivos de Argel” by Lope de Vega (Castalia 2017), which is part of a broader project on the construction of social marginality in Spanish Golden Age drama.

Ohanna is the recipient of a 2016-17 College of Arts and Sciences’ Faculty Achievement Award in Research and Creative Activity.