If anybody could assess -- say from an overview of 10,000 feet -- the impact of aviation on the vitality of the state of Michigan, it would be Michael Carnarvon.  That's because the 2015 alumnus of the Western Michigan University College of Aviation is currently the supervisor of the facility-inspection and licensing unit of the Michigan Department of Transportation's Office of Aeronautics.  And he brought to that position some dynamic perspectives gained working for Northern Jet Management in Grand Rapids, the Westchester County Airport 30 miles north of New York City, and the Wayne County Airport Authority that operates the Detroit Metropolitan and Willow Run airports.

Steve Denomme's movie script for his aviation career could be "The Good, the Bad and the Ugly," with the first of the three adjectives being the star of the show most of the time. Now a captain for Delta Air Lines, the 2000 graduate of the Western Michigan University College of Aviation has enjoyed the "Good" of an exciting career for two decades, endured the "Bad" his industry faced -- and is still facing -- because of the Covid pandemic, and like the rest of us -- was staggered under the ramifications of the "Ugly" -- the 9-11 hijackings that changed how life is lived on planet Earth. 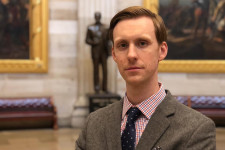 Jonathon Freye doesn't don the captain's uniform of a major airline as he once hoped, but his roles in the industry might be even more important than safely getting a flight full of people from point A to destination B. His career, launched in 2008 when he received his degree in aviation flight science from the WMU College of Aviation, now stays basically on the ground except when he flies for his job to complete an assignment. 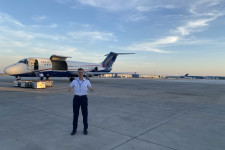 When things don't go well, Thomas VanHowe is a testimony to the song lyrics "Pick yourself up, dust yourself off, and start all over again." VanHowe, raised in Eminem's home territory of Macomb Township northwest of Detroit, learned those lessons rather well if his resume is any indication. After his WMU graduation with a degree in aviation flight science in 2015, VanHowe stayed in the air as a flight instructor at the Oakland County International Airport, eventually landing at SkyWest Airlines.

Sarah Pagano kind of grew up near the airport that serves her home community of Midland, Mich., and today she is its "Top Gun" as manager.  But she took a maverick-like path to get there -- an initial dive into a career in health care, a maneuver that made her a later-in-life nontraditional student, and a safe landing on her goal via an innovative knowledge-delivery system. 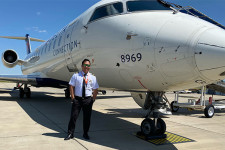 Alex Toger is the epitome of "Once a WMU College of Aviation ambassador, always one," even though the higher-education chapter of his life is years in the rear-view mirror.  Being one of the program's "welcomers" and "introducers," the December 2017 recipient of a degree in aviation flight science says the ambassadorial experience taught him "how to deal with and answer questions that might not always have the desired response while giving tours and sit-downs." 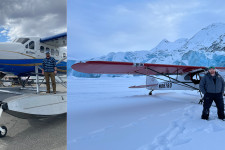 Raised in Winter Haven, Fla., and learning all things aviation in nearby Lakeland, Chris Desmond never liked the cold. So naturally he would head north to Western Michigan University to pursue his degree and advanced training in aviation. And, of course, go even farther north to Alaska to begin his career. Five years later, he's still there and plans to stay. It's not that Desmond, a 2015 graduate of Winter Haven High School, missed the climate aspects of any geography class he ever took. Alaska's rugged, magnificent beauty and unmatched environment have warmed his psyche and tempered his body's response to chilly temperatures. For a pilot, there is a lot of unique and sensational flying up there. So, in effect, what cold? 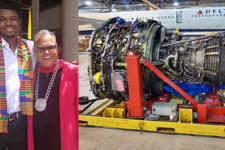 Christopher Myrick can offer salient advice to young folks who bury their faces in a video game or cell phone when on a family vacation by car. They might be missing some valued and career-shaping experiences. Just ask the 2014 graduate of Lincoln High School in Ypsilanti, Mich. "Growing up," Myrick says, "I would constantly be driven past the Detroit metro airport to see my grandmother in Detroit. I remember always looking up and seeing the planes fly over (interstate highway) I-94 to land. They were so big and it always fascinated me." 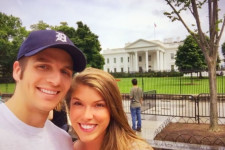 Philip Kroll's life experiences fly in the face of author Thomas Wolfe's premise in his novel "You Can't Go Home Again." Not so for Kroll, a 2010 graduate of the WMU College of Aviation with a degree in aviation management and operations.  He has -- in effect -- come "home" as the assistant director of the Battle Creek Executive Airport at Kellogg Field, which is also the home base of the College of Aviation.  And he returned to his career's genesis with some impressive credentials. 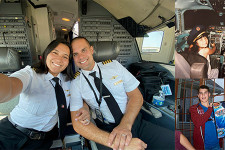 Pilot-spouses Katie and Aaron Mohnke (pronounced Monk) might assess their aviation careers so far as being "the best of times and the worst of times" -- with a majority emphasis on the former.  Since their graduation from the WMU College of Aviation with degrees in aviation flight science in 2016 and 2015, respectively, there has been a period or two when they wore the same airline uniform; but other times -- including right now -- they have been flying for different enterprises.