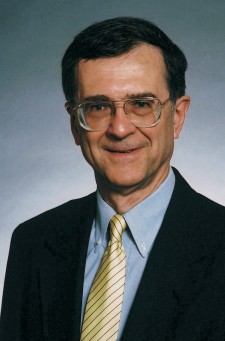 The Richard Rawlinson Center at Western Michigan University announces the sixth Paul E. Szarmach Prize, to be awarded in May 2023. It consists of an award of $500 to the author of a first article on a topic in the culture and history of early medieval England published in a peer-reviewed scholarly journal that is judged by the selection committee to be of outstanding quality.

The Prize, instituted by the International Advisory Board of the center in 2017, honored and since 2021 memorializes Szarmach for his role in the early development of the center, both as director of WMU’s Medieval Institute and on the center’s board.

Authors from any country and articles written in any language are eligible. To be eligible for the 2023 prize, the article must have appeared in a journal bearing a publication date of 2021. The selection committee considers "first article" in the broadest possible terms, and an antecedent publication, depending upon its nature, will not necessarily compromise eligibility. All articles that might be considered eligible should be nominated.

Nominations and self-nominations are invited from authors, editors, and readers.

The nomination period for this prize is now closed. A nomination comprises:

Past winners of the Paul E. Szarmach Prize

Katie Menendez, Gregory the Great as Intermediary Figure between East and West: The Eleventh-Century Manuscript Context of the Old English Dialogues, "Viator" 51 (2020): 241-71.

Mary Elizabeth Blanchard: A New Perspective on Family Strategy in Tenth- and Eleventh-Century England: Ealdorman Status and the Church, "Historical Research" 92, no. 256 (May 2019): 244-66.