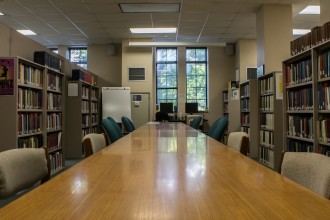 The Richard Rawlinson Center for Anglo-Saxon Studies and Manuscript Research, a research center under the aegis of the Medieval Institute at Western Michigan University, fosters teaching and research in the culture and history of early medieval England and in the broader field of manuscript studies.

The Center is sponsoring one session at the 57th International Congress on Medieval Studies, on Wednesday, May 11 at 9 a.m. EDT: "Insular Vellum: Using Biocodicology to Understand Manuscript Production in the Insular World, ca. 650–850," by Joanna Story, University of Leicester, Richard Rawlinson Center Congress Speaker (with Matthew Collins, Københavns Universitet/University of Cambridge). The session will also be available on demand as recorded content Monday, May 16, through Saturday, May 28.

It is with sadness that we report that long-time Richard Rawlinson Center board member Don Scragg died on October 25, 2021. The founding director of the Manchester Centre for Anglo-Saxon Studies, Don was a great friend of Paul Szarmach's—their mutual interest in the Vercelli homilies brought them together early in their careers—and Don was recruited to the board at its inception in 1995–96. He contributed actively to its annual meetings until 2019, often suggesting top-quality scholars to be the center's congress speaker and, with Catherine Karkov, taking the lead in inviting the speakers; memorably, it was Don who secured celebrated TV broadcaster Michael Wood as the speaker for 2018. After his retirement from his professorship at the University of Manchester, he remained active in scholarship, in project leadership and the obtaining of major grants.

We will miss his lively presence but we will surely honor his memory with gratitude and affection.