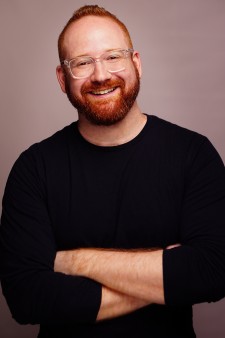 I am a Theatre Director living in NYC, and also an Adjunct Professor at New York University where I teach Musical Theatre acting.  In addition to my own plays and musicals that I direct both in NYC and across the country, I have worked on Broadway and Off-Broadway shows as an Associate Director.  Being a freelance artist allows me to work on many projects at the same time, and I’ve been fortunate to work at major institutions and with the leading players of the Broadway community.  In addition to my work on theatrical productions, I produce the annual 'Living for Today' concert series benefiting Gilana's Fund (gilanasfund.org), served as Idina Menzel’s Creative Director for her Carnegie Hall tour, and am the founding Artistic Director for BroadwayCon, the fan convention for Broadway fans.  More about me at: david-alpert.com

What is the most rewarding and the most challenging part of your job?

I get to do what I love.  It's incredibly rewarding to go to work in a job that I dreamed about as a kid, and that I get to collaborate with such smart, diverse, talented artists.  This business is challenging and competitive, but each time I open a new show or get to work with someone I admire there's a sense of pride and accomplishment.

What experiences impacted the choice of your career path?

I have always wanted to be a director (as early as fifth grade), and the faculty in the Theatre Department at WMU encouraged me to follow that passion, specifically Mark Liermann, Cheryl Bauman-Bruey, D. Terry Williams, and Joan Herrington.  My senior year I directed my first full-length musical, LITTLE SHOP OF HORRORS, in the York Arena Theater, and that experience gave me the confidence to move to New York and pursue directing as my career.

What advice would you offer students to help them decide on a career path?

Do what you love.  If there's a job out there that calls your name, go for it.  There will always need to be ____________s (insert job of choice here) in the world, so why not be that person to fill the job?  Never think that you're unable to follow the career of your dreams.  Decide on a goal and go for it.