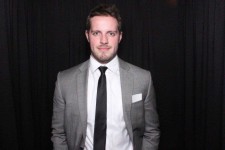 I am a part of a two-year rotational program at General Motors called TRACK, designed for new hires out of college. I have just rotated from a Design Release Engineer position in Exterior Lighting to an Issue Resolution Team (IRT) Co-Chair for our autonomous vehicle program. I cover all body and exterior components and am responsible for identifying design and quality issues that come up, root causing them, communicating the issues to other engineers throughout the company, and ensuring they get addressed in a timely manner.

What is the most rewarding and the most challenging part of your job?

While currently supporting early builds at one of GM's production plants, it can be quite the challenge when the need arises to have issues identified, root caused, and contained quickly with a plan to permanently fix - especially when problems arise that can threaten the continued production health of the vehicle. That being said, when issues do get handled and are followed through to a permanent fix that successfully corrects the originating problem, it can be a very satisfying experience that garners a good amount of recognition.

Which of your skills had the biggest impact on your success?

By and large, the single most identifiable skill that had the greatest impact to my current amount of success can be attributed to one thing: communication. I studied very hard at Western and made sure I knew my subject matter in electrical engineering well, but I believe what augmented those achievements the most was my ability to simply lead a good conversation with people. Whether it be a technical matter or discussing my favorite things to do on the weekend, I have found that the ability to discuss things with others had been one of my greatest strengths. Unfortunately, this can be a challenge and an intimidation for others (especially engineers), but I assure you it is easier than it seems if you practice and give it some effort. This has become even more apparently critical, as each one of my interviews with both internships and GM have been conversation-based, often prompted with a question that leads into a discussion. Because of this, I held great confidence going into interviews and it doesn't take much for anyone to realize how important that can be.

What advice would you offer students to help them decide on a career path?

When I look back at my path thus far, I was very fortunate that I had an early interest in engineering. How I knew that was relatively simple: I had a love for cars. I wanted to learn everything I could about them and thought it would be amazing to somehow work with vehicles every day. I had always liked math, so it thus seemed a perfect fit to go into engineering and the rest was history. Having had this goal in mind, I was able to think ahead and strive for those internships early on, knowing they would be key contributors to a post-college position in the automotive industry. All that being said, I realize that it is often a struggle for young students to decide on an exact career path. However, I find it extremely rare when someone cannot tell me what they have an interest or passion in. To keep it simple, just do what I did and combine your passion, a bit of hard work, and a goal to stick to all together and you will find yourself a career path faster than you realize. It may not always be easy, but I can assure you first hand that it is worth it. Never stop building.